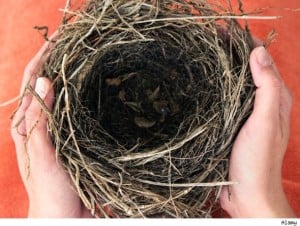 Another big change is on the horizon: the empty nest. Both of my boys’ll be away at university, both having chosen the Bay Area for their college homes. A Los Angeleno can sure get used to the good life up there, too. Others in my age range are empty-nesting, also. Then, there are the friends who have never had the experience of being a parent. Some of them are going through an equally radical change: losing their octogenarian parent(s). I lost both of mine a long time ago. So, if you are 50+, whether you are a parent or not, many of us are in this state of transition together.

When you don’t have your parents at all, what constitutes “family” is your kids, their friends, your own friends, and whatever assortment of other relatives you have on hand. In my case, after the loss of my mother in 1987, I became the de-facto matriarch which instilled in me the chutzpah to become an ultra-capable mother, who balanced work, hobbies, and the depleted finances that divorce inevitably brings. I raised two capable, soon-to-be entirely independent, young men.

Since I’m single, virtually all of my friends are single, too. At this age, it’s not that you can’t be friends with a couple, it’s just that your day-to-day life and interests are so opposite, that the couple has to be uniquely adept at knowing how to at least act independent around a single person. We tend have zero-tolerance for: 1) the PDA for sure 2) the inability to make a decision without consultation of the other 3) the use of the moniker “my husband” or “my wife” or “my girl/boy friend.” They have to be able to refer to each other by name, so you can feel you are friends with both.

Friends who have never been parents, or married, are good at making decisions without consulting others. In fact, the only thing that gets in the way of spontaneity for them is their own other plans. For us single parents, however, instead of consulting with a spouse, we are known to plan in consideration of how our kids will be impacted by our absence or presence. When that nest gets emptied, however, the sky’ll be the limit on limitations of time. I’m sure a certain loneliness will become part of the equation, even with 35-40 hour work weeks, 45-50 hour sleep weeks, and my 18-20 hour dance weeks. There’ll still be other waking hours of aloneness.

To make aloneness more palatable, I may need to downsize my living situation. My bodily downsizing already a lifelong affair, now I am getting my head around the idea that my living quarters are also screaming for reduction. A smaller, and less cluttered, physical space might create a containment that will lead to contentment.

But there’s such a long road ahead in terms of expunging the stuff I keep in my house: from old electronics, to tons of shoes and clothing, to papers, to extraneous kitchen equipment, to worn out linens. If I don’t do it now, it’ll end up costing me in storage space later, and weigh down my ability to squeeze into smaller digs. Tonight, I managed to take two boxes of clothes to Goodwill; tomorrow I’ll bring a bag of clothes to my friend. Last weekend, however, to escape looking at my stuff, I set out on my bicycle to think at a coffee shop, away from it all. The life, already, of an empty nester.

I went to a place I know in Marina del Rey, bike path distance from our fair town. It held in it a bunch of other singles, tethered, like spokes, to the wall hub of electricity. I pondered Singleness 2.0, and began to write these 1000 words. Coffee shops are so nice for people watching. My ears rung from an hour of non-stop conversation among three aged tribespeople of mine. It ended in the de rigueur, long and loud, slobbery goodbye. One person is always dominant in such gatherings of my people; in this case it was an elegantly bespectacled and coiffed ex-New Yorker female as chief schmoozer. If there is not a designated dominant among us, more than one will do the job, and we will talk over each other.

On the opposite end of the spectrum were two Japanese-American denizens. This is why I love LA. I get access to both “my” cultures readily. With the Japanese-Americans, an hour long silence, instead, was observed. He was a sansei male my age, his mother a diminutive octogenarian. I was feeling guilty about having eaten my whole bowl of gazpacho plus both halves of my sandwich; yet she, piece by piece, aided by a fork, downed exactly the same amount of food as I did, with the deliberate precision of an Ikebana flower arranger. This is where the Japanese and the Jews agree; leaving stuff over is a crime. The minute she was finished, she glanced at her son, he looked up from his magazine, smiled and nodded, and the two of them rose and silently walked out of the restaurant.

I hopped back on my broomstick-bicycle, to my nest, nearly empty of its people, yet still weighed down with all its stuff. I texted my sister and asked her to come help me get rid of things. She’s an expert at not having things. She knows how to give away old clothes and shoes at a rapid-fire clip. She doesn’t collect tchotchkes at all. One of her gifts has always been knowing that less is more. On the way, I looked at some newly constructed lofts, very similar to how people live in Japan, with open spaces divided by sliding doors. Plenty were for sale, as young couples having babies want a yard for their kids. Maybe it is time to switch living spaces with them.