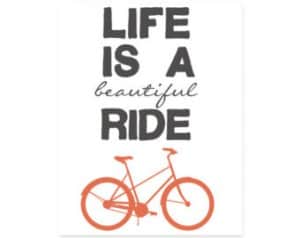 The transportation agency will use a $224,000 state grant to hold 150 free bicycle safety classes around the county, including Los Angeles, Culver City, Santa Monica and Long Beach. Each student will be given a helmet, bicycle light and safety manual at the end of the course.

Metro is expected to choose a vendor next month to run its bike-sharing program, which will make about 1,090 bicycles available for rent at 65 stations in downtown Los Angeles starting next spring.

The agency also plans to add triple bicycle racks on more 40-foot buses. The transportation agency has already installed the racks on about 100 of the buses, but plans to put them on a total of 1,000 out of their 2,200 buses by 2018.

Metro also wants to create more room for riders to store their bicycles by setting up more secure bike parking lots, or “bike hubs.” The first hub — with 56 spaces — will be built at the El Monte Station. More hubs are being planned for the Hollywood/Vine Red Line Station, the Culver City Expo Line Station, the North Hollywood Red/Orange Line Station and Union Station.

Metro officials also announced that it will make $2 million available each year to hold “open streets” festivals — inspired by CicLAvia — during which streets are shut down to motor vehicles to allow use only by pedestrians, bicyclists and other non-motorized modes of transportation.

Metro is also running an advertising campaign to encourage more people to walk or ride bikes on shorter trips. According to Metro officials, almost 50 percent of trips people make are less than three miles, while 40 percent are shorter than two miles and 28 percent are less than a mile.

The campaign will include billboard and bus ads urging people to “Bike Instead” and “Walk Instead,” with radio ads running through August.

The announcements were made as part of Bike Week, which includes a series of activities through Saturday aimed at encouraging more residents of Los Angeles and surrounding cities to turn to bicycles to get around.

“With bicycling growing in popularity in L.A. County, Metro is making the right moves to support increased bicycle usage on our streets and on our transit system,” Metro board member Jacquelyn Dupont-Walker said. “Every person who chooses to ride a bicycle instead of driving makes a conscious choice to help our entire region better meet its mobility and sustainability goals.