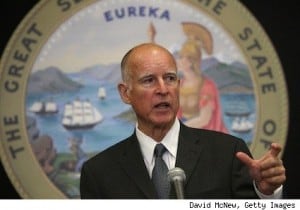 Governor Jerry Brown has issued an executive order committing California to reduce greenhouse gas emissions by 40% below 1990 levels by 2030 – the most aggressive benchmark in North America.

“With this order, California sets a very high bar for itself and other states and nations, but it’s one that must be reached – for this generation and generations to come,” said Governor Brown.

The targets are in line with the scientifically established levels needed in the U.S. to limit global warming below 2 degrees Celsius – the warming threshold at which scientists say there will likely be major climate disruptions such as super droughts and rising sea levels.

The governors order was praised by many international leaders and climate researchers including former New York Mayor Michael Bloomberg. “California’s 2030 goal to reduce carbon emissions is not only bold,
it’s necessary – for the economy and our future.” Bloomberg said