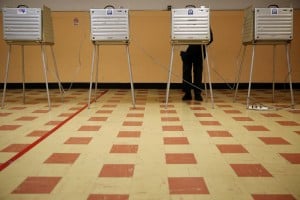 “The big question is: Why aren’t voters in one of our most populous counties exercising their right to vote in important elections?” Assembly Member Ridley-Thomas asked.

“Senator Allen and I are seeking answers to that question when we hear from respected voter engagement experts, election officials and key community leaders,” he said.

The Joint Legislative Oversight Hearing will explore the voter participation issues surrounding City of Los Angeles Charter Amendments 1 and 2 on the March 3 ballot that, if approved by L.A. City voters, would change municipal and school district primary and general election dates to the months of June and November of even-numbered years.

Assembly Member Ridley-Thomas and Senator Allen will hear testimony from:

The Joint Legislative Oversight Hearing of the Senate and Assembly Committees on Elections will convene on Friday, February 20 at 10:00 a.m. at Metro Gateway Plaza Headquarters in downtown Los Angeles (Board Room, Third Floor, One Gateway Plaza, L.A., CA 90012).