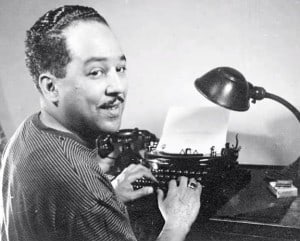 Sharif Atkins, star of the TV Series White Collar, will host an hour long tribute to the poet Langston Hughes, including a reading of his celebrated work “Thank You, Ma’m,”  on January 31, at 4 pm at the Mayme Clayton Library and Museum.

Langston Hughes  was an American poet, social activist, novelist, playwright, and columnist. He was one of the earliest innovators of the then-new literary art form called jazz poetry. Hughes is best known as a leader of the Harlem Renaissance. He famously wrote about the period that “the negro was in vogue”, which was later paraphrased as “when Harlem was in vogue”

The afternoon will include a sneak preview of the new play about a young African American who charts his way back to the Middle Passage, Dontrell, Who Kissed the Sea, opening on Feb 20th at Skylight Theater Center.