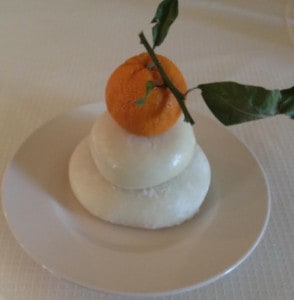 I read an article in the paper about the concept of the New Year.

The transition of humans from nomads to settled communities meant that agriculture and animals had to be domesticated and calculated, and this is when the calendar emerged – to give order to the passage of time. Reverend Bob Oshita, a Buddhist minister from Sacramento researched and found the concept of the “New Year” means the “beginning of a new cycle of seasons to plant, cultivate and harvest life sustaining crops.”

So here we are, at an end and at a beginning. There are different dates of end and beginning, depending on one’s belief and religion. To me, there are several dates that stand out – included are December 8, the day when Siddhartha became Sakyamuni Buddha; December 31, the evening in Japan when a bell is struck 108 times to signify the end of the old year and the beginning of the new year; January 1, a day and time to reflect a life of gratitude and joy; February 4th, the solar new year, the first day of spring according to the feng shui calendar; and February 19, the Chinese New Year 2015, the beginning of the lunar new year. Graduation is a New Year marker, as is birth and death, and celebrated dates personal to you. Though life can be termed infinite, we mark the end and the beginning of life here.

So honor the end, and prepare for a new beginning – a new cycle to plant, cultivate and harvest life-sustaining crops. It’s your chance to harvest a new yield of abundance.