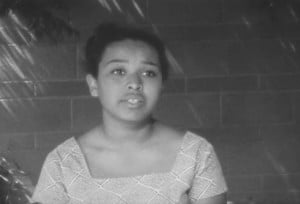 Black Talkies on Parade presents a special short film program exploring Los Angeles’s history shot and shown on 16mm. The program will contain short films from the 1950’s, 60’s, and 70’s that are snapshots of the past. These shorts capture the Chavez Ravine prior to Dodger Stadium, Watts before the 1965 Watts Rebellion, and the East Side of Los Angeles in the 1970’s. Films featured in the show include Alan Gorg’s Felicia – a film on a teenager’s struggles in Watts, a USC film sponsored by the Housing Authority of the City of Los Angeles on the need for more public housing, and more.

Curators of this film program UCLA’s Dr. Allyson Field – professor of Cinema and Media Studies and African American Studies and USC’s film archivist Dino Everett will lead a discussion on the films. The afternoon will be hosted by MCLM’s Executive Director Lloyd Clayton.