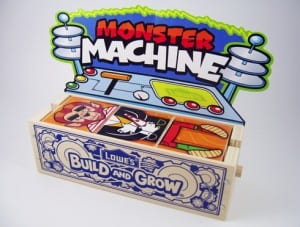 I’m having trouble writing lately. Frequent readers of mine may notice my pace has slowed a bit, after churning out an average of an article a week for the past year and a half. I attribute my little dry spell to a recent sense of contentment; it’s potentially harder to write when you’re not full of piss and vinegar, itching to make a point about something, or tell some kind of a story. Then again, maybe I am just overtired, and overwrought with a few big decisions I had to make recently.

I am deliriously happy with my new position at work, I’m feeling good physically, and I’m keeping busy dancing five nights out of seven. I guess that’s another reason I haven’t been writing as much! Have partner, will dance, and I have been particularly lucky lately with lots of venues to dance, and plenty of partners in the party. My boys are doing a good job of growing up to be capable and independent young men. What more can one ask? Nothing, quoth the raven, nothing more.

My only big concern is that I am trying to digest some unplanned expenses. But, as the Japanese say, “if it can be solved with money… (okane de kaiketsu dekireba),” no need to worry. People have worse issues around the basic needs of health, livelihood, home, or companionship, areas where, and I am good on all those fronts right now. Still, my writer’s cramp is melting into this diatribe because I’ve worked up a bellyache on the financial front.

I was in the unenviable (or enviable, depending on perspective) position of being a monster (large) machine consumer twice recently. Yep, both items were more risky a purchase than a couple of pairs of shoes (I like what I like, and often buy shoes in pairs of pairs – it’s a sickness) or Target specials (I like what I like, and have been known to grab a garment in all colors they make). First, it was time for a new washing machine after twelve years, and second, a new car (after seven years).

In both cases, I cast around for days in a flurry of web searches, thinking I’d do my due diligence and find the exactly right product for the absolute best price. I talked to people, and even schlepped around to a couple of stores. In both cases, I keep feeling like I had succumbed to impulsiveness. It’s a really weird thing that happens to me sometimes, and I believe it is worth exploring.

Why is it that I can spend hours of focus, trying to figure out whether or not to buy an $8 book, or a $5 souvenir, or drive around for fifteen extra minutes looking for street parking instead of paying a $2 fee, yet, when it comes to big ticket items, I lose my perspective? Maybe it takes so much gumption to make such a purchase at all, that I end up rushing just to get through to the other side. You take in this big breath, and then you, whoosh, blow it out all of a sudden. And it’s not like you can return such items after a year like you can at Costco, with their “no questions asked” policy, or like when United Airlines gives you 24 hours to reverse your decision.

I’m not saying I’m not happy with my recent purchases, I’m just questioning my process, and the nagging feelings of remorse, akin to how I felt a couple of weeks into both of my marriages, like, “YIKES! What the heck did I just do?” Such feelings usually pass as you get on with other business and busyness, but I am sharing while in reflection mode at the moment.

First, there is the tale of the washing machine. I don’t think I’d ever bought one before in my life. I always lived in places that either did not have them (one or two apartments in my past), or they came with the property. My current home, for example, was bought with a nearly new stackable washer and dryer that fit exactly in place as part of the deal. When I renovated my house a couple of years back, we moved the washer and dryer to a new place, and literally built the area around where it sits to accommodate it. It survived the move swimmingly, and plugged away for several more years until…I had a flurry of house guests, and also began to force my sons to do their own washes. I had occasional cleaning help too, and allowed my helper to use the machine. I’m not blaming these people; it could also be normal wear and tear after twelve years, but, long story short, the washer went absolutely kaput a couple of months ago. I was so distraught by this event that I froze into inaction. Clothes began to pile up, but since I have scores of drawers filled with drawers, I put off the decision for a little while.

After a cursory web search, I went in to Sears, intent on obtaining their zero percent interest for 18 months loan, preferable to adding to my already considerable credit card balances. Some people asked me why I didn’t check Best Buy. I felt that Best Buy seemed to have fewer selections online, but more, I trusted Sears’ after service. Also, I guess I had a weird thing about tradition; I persuaded myself that Sears was simply the place to buy a thing like this. I was told later that buying at Sears belied my age; these days large appliances are purchased at Best Buy. Sears is “old school.” I ended up “falling in love” with the one model they were showing on the floor, and attempted to buy one just like it.

But then they refused me the 18 month credit deal. Glutton for punishment, instead of walking right out into Best Buy’s waiting arms, I stayed and bought the thing from Sears anyway, slap in the face and all, by putting it on my credit card. Why, after waiting weeks and weeks, did I simply succumb that day, to that less than customer-friendly purchase? Why didn’t I take an extra day, visit Best Buy, and see if they’d do me a better deal?

I vowed to do better next time, but I only remembered for a couple of weeks, until, bingo, my car spent over a week in the shop. I spent an entire week depending on the kindness of others, and our fair city’s (lack of viable) public transportation to propel me around. I apologetically vowed to my army of saviors that I’d be getting a new car soon. I set things in motion by contacting my credit union for a loan, which was a simple process, done within minutes; rendering Sears’ refusal of credit even more puzzling. I found out later that Sears had besmirched my friend’s credit over a single late payment years ago, and she to this day upholds a boycott against them. I will now also join the ranks of ex-Sears customers when it inevitably comes time for my new fridge.

For the car, my credit union introduced me to “Autonation.” Some people are more familiar with Carmax, but, basically, I found out that people buy cars like this now, the way they’ll take an Uber or a Lyft, but won’t take a taxi. Anyway, Autonation searches for exactly the car you want (perfect for someone resolute like I was). The car is found, and you are guaranteed the best price. Again, a “new school” thing, but in just all few areas I am still “old school”…I couldn’t bring myself to trust the process. I discounted the selection Autonation had come up with, not realizing I actually had an apples-to-apples choice in my hand. I instead went into a regular car dealership, albeit recommended by a friend, and summarily bought the car they had there in stock.

I realized after the ink was dry that Autonation had actually found me a slightly cheaper, slightly older, yet upgraded model, which I could have compared against the one that I ultimately purchased from the wheeler-dealer. I could have taken a day to at least think about it, but I didn’t. I went in, and just bought the car. Then, I spent a day or two in the agony of buyer’s remorse. Many have supported my decision, and I am told I did get a good enough price. And I do love the car. I’ve seriously wanted a car like this for a long time.

The moral of the story is: now I’ve been doing washes for a couple of weeks, and riding the car around for a couple of days. And, I realize yet anew, life goes on. As my ex-brother-in-law used to say about buying cars, “After you get over the initial purchase shock, it’s just another bill to pay.” And last night, I had the ultimate car bonding experience, I ended up spending part of the night sleeping in it; I was locked out of my house, which is another story for another essay. And the writer’s block? I guess I’ll admit to being overtired, too.