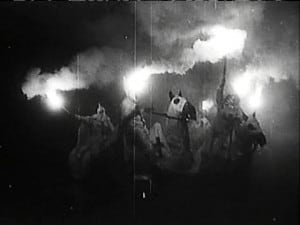 Black Talkies on Parade celebrates the music of the early 20th century with a special program om Sept. 27  starting at 3 pm that will transform the audience back to the swinging days of the early 1900’s. Galen Wilkes opens the event with a lecture on early cinema featuring slides, music, and film clips. Along with being a historian, Galen is a composer who helped spark a ragtime revival in Los Angeles during the 1970’s.

After his presentation we’ll screen Oscar Micheux’s The Symbol of the Unconquered with live accompaniment by Cliff Retallick on organ. Micheaux’s fourth feature-length narrative explores the challenging subject of race and identity and is one of the legendary director’s earliest surviving works.

The afternoon is hosted by Executive Director Lloyd Clayton and will also have a Q&A with Galen Wilkes and a discussion of the film with resident historian Les Wills.