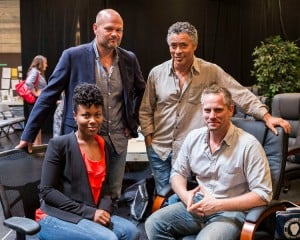 Tickets for “Race” are available at www.CenterTheatreGroup.org, the CTG box office  located at the Ahmanson Theatre, at the Kirk Douglas Theatre box office starting two hours  before curtain or by calling (213) 628-2772.
#