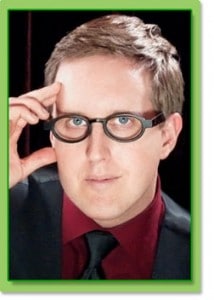 This is not a TV show. Carl Christman will actually be “in the house” at the Culver Hotel to entertain members of the Culver City Rotary Club and community participants with his psychic powers.

Imagine hearing people’s thoughts! Now you know what it’s like to be Carl. He is a teacher, author and mentalist who plays with language, psychology and non-verbal cues to entertain audiences.

As a socially awkward teenager, Carl became interested in reading people’s minds. He made an intense study of psychology and became a professor at La Sierra University. Standing in front of a room full of students each day gave Carl plenty of opportunity to play with people’s minds and hone his psychic powers. After years of study, he transcended the world of academia to become a master mentalist.

Carl is a member of Hollywood’s famous Magic Castle and The British Society of Mystery Entertainers. In recent years, he has become a remarkably popular entertainer at upscale venues and colleges across the country, where audiences marvel at his ability to get inside their minds.
A popular entertainer around the country, Christman is appearing at the first “5th Wednesday” Rotary meeting; the club normally meets at noon on Wednesdays at the hotel, but this will be an evening meeting—and members of the community are invited to check out the Rotary, and find out a little more about themselves as Christman plays with people’s thoughts—in an amusing and hilarious way!