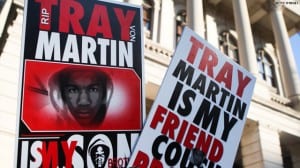 A special DouglasPlus reading of “Facing Our Truth: Ten-Minute Plays on Trayvon, Race and Privilege” will mark the first anniversary of George Zimmerman’s acquittal in the shooting death of Florida teenager Trayvon Martin, Sunday, July 13 at 1 p.m., at the Center Theatre Group/Kirk Douglas Theatre in Culver City.

The playwrights, who were chosen for the range of perspectives they bring to this difficult topic, include Marcus Gardley, Mona Mansour and Tala Manassah, Winter Miller, Dominique Morisseau, Dan O’Brien with composer Quetzal Flores, and A. Rey Pamatmat.

“Facing Our Truth” is co-directed by Shirley Jo Finney and Michael Matthews.

The six plays comprising “Facing Our Truth” were commissioned by New Black Fest (based in New York). CTG is one of several theatres nationwide joining in the presentation of “Facing Our Truth” including Woolly Mammoth Theatre in Washington, D.C., Alliance Theatrein Atlanta and Goodman Theatre in Chicago.

A “Facing Our Truth” Youth Summit will be held on July 12 for 17 and 18-year-old delegates from across Los Angeles. Following the reading of the plays, teen facilitators will lead discussions on race, youth violence and activism through art. These facilitators will report their findings from the summit as a post-discussion following the public reading the next day.

Tickets for July 13 are priced at $10 and can be purchased by calling CTG Audience Services at (213) 628-2772, in person at the Center Theatre Group box office (at the Ahmanson Theatre at the Music Center in downtown Los Angeles), online at www.CenterTheatreGroup.org, or at the Kirk Douglas Theatre box office two hours prior to the performances.