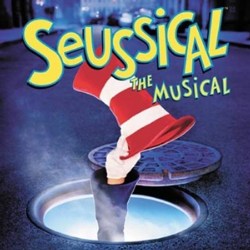 The CCMS Student-Run Production of Seussical the Musical has garnered three National Youth Arts Awards and one additional nomination!!

This is the FIRST time that National Youth Arts has awarded best director to someone not yet in High School.

Created in 2005, National Youth Arts honors outstanding work by youth in the arts. In the theater division this year, more than 400 productions were considered for the awards, including shows from more than 130 different theatres in more than 60 cities spanning 12 states. Award winners were selected from nominations by a panel of more than twenty-five judges and reviewers.

For your information, CCMS has been a member of the NYA since the days of the Panther Partners after school productions (Darn Yankees and Joseph and the Amazing Technicolor Dream Coat) four to five years ago. We sent in the Seussical DVD for consideration. Here is the link to National Youth Theatre web site:
www.nationalyouththeatre.com/news/news_nya_awards2014.asp

Congratulations to the entire cast and crew of Seussical, to all involved in the pre- and post-production, and we would like to take this opportunity to thank Dr. Tania Fleischer, and the entire Berliner family, for your support throughout this project. We would also like to thank the Behnken Family, who (from programs to filming to Reno’s performance in the orchestra, and it goes on…) were instrumental in so many aspects of the entire process, without even a current (Reno graduated two years ago) student at CCMS.

There will be an awards ceremony held at Citrus Valley High School in Redlands at 7:30 p.m. (registration beginning at 6:45 p.m.) on Saturday, June 7. Award winners, including all cast members of Ensemble awards, will be invited up to the stage for the presentation of the award. Nomination certificates will be available at the registration table for all individual nominees. Award winners and nominees get 1 free ticket (as do participants of an Outstanding Ensemble or Production award). Additional tickets are $12/each.