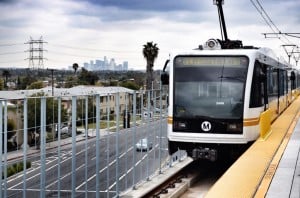 A steep fare hike that will raise the price of a bus or train ride from $1.50 to $1.75 by fall and cost seniors and the disabled 43 percent more for a monthly pass will go to a vote Thursday.

The 13-member Los Angeles County Metropolitan Transportation Authority board is facing what some say is one of the toughest decisions in its history — raising fares on 500,000 riders of which 80 percent are minorities and poor — or drowning the agency in a sea of red ink.

Without the fare hike, the MTA (Metro) will realize a $36.8 million operating deficit within two years that will grow into $225 million in 10 years, according to Metro staff. Without more revenue, Metro predicts it will have to cut bus and rail service and lay off staff.

If approved, the fare hike is scheduled to take effect in September. It would be the first fare hike in four years, and the MTA noted senior and student fares have not been raised in seven years. MTA’s $1.50 base rate is the lowest in the nation, lower than San Francisco’s Muni and Chicago’s transit system, which both charge $2 a ride (CTA charges $2.25 for trains).

While the fare hike is needed to keep the agency operating budget afloat, the notion is somewhat counter-intuitive to analysts who point out that county taxpayers pay for transportation in three separate measures, the latest passed by voters in 2008 that raised sales tax one-half cent and totals raises more than $1 billion a year.