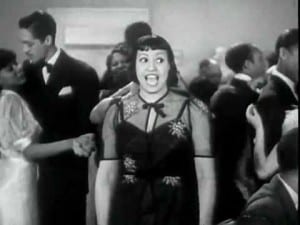 Join Black Talkies on Parade May 24 at 4 pm for a classic afternoon at the movies with Oscar Micheaux’s Lying Lips. The film features the first on screen appearance by Earl Jones, the father of James Earl Jones. Edna Mae Harris stars as Elsie Bellwood, a nightclub singer who is framed for murder, but is saved by her former manager turned detective played by Carman Newsome. The sounds of Harlem in the late 30’s are captured in this film with performances by Edna Mae Harris and other nightclub singers of the era. Celebrate one of America’s greatest filmmakers at MCLM and stay for our discussion after the film.