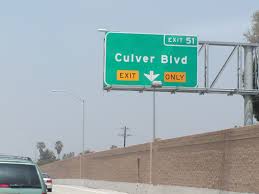 This project is the continuation of the widening of Culver Boulevard that was started by CALTRANS as part of the 405 Freeway widening in 2002. The Public Works Department is excited about this project as it will resolve many traffic issues along this reach of Culver Boulevard; will incorporate an environmentally friendly component in the form of a green street design and bio swales in the bike path/landscape area; and provide for a safer and more aesthetically pleasing street. The meeting will be held on Tuesday, May 20, 2014 at 6:00 p.m. in the Garden Room of the Veteran’s Memorial Complex located at 4117 Overland Avenue.