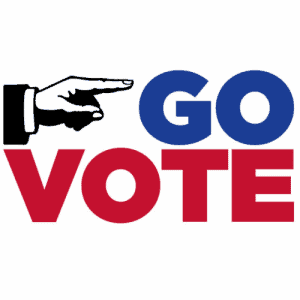 It’s been a quiet City Council race, and that seems to be a good thing. With only four names on the ballot for two open seats, we have foregone much of the letter writing (and sign stealing) that caused so much controversy in the recent school board race. The two incumbents that are running for their own seats have every good reason to be given another term, and I’m pleased to endorse Jeff Cooper and Jim Clarke, for a host of different reasons.

I was not impressed with Cooper when I first heard he was going to run four years ago. While I did  not know him all that well, the few things I knew made me feel that this was probably just an ego game. Maybe he was running to get a bit of spotlight. I knew he had been on various commissions, but he did not seem to be as serious about the post as I like a candidate to be. What I have seen of him in the last four years has impressed me a great deal. Cooper has grown up quite a bit on the council, and I’ve heard him say as much at several campaign events. He knows he’s a better politician than he started out to be. His alacrity with figures and his evident sympathy when listening to people show that he has mastered some of the most needed skills for the office. Like learning another dialect or a new jargon, holding office requires not just study but practice. His manner of speaking is both more respectful and more subtle than it once was, and he has a genuine concern and affection for Culver City.

Jim Clarke comes from the other end of the spectrum; someone who has spent so much time working in politics he speaks it like a native. In the council meetings that I have watched over the past two years, Clarke is consistently the council member who brings up an angle no one else had considered,  who asks the questions that no one else thought to ask. When Clarke was elected two years ago, he was almost as surprised as he was pleased. He’s done an outstanding job of being available, of being present in the community, and those two crucial things; talking and listening. I imagine the next four years will give us a look at his best strategies and most creative ideas.

My only regret is that I’m not endorsing Christopher Patrick King, but I’m fairly sure I will be doing so in the next electoral cycle. While both Cooper and Clarke have given me enough assurance that they can serve the rest of their allotted time to the best ends, they are looking at finishing out their term limits. King has the advantage of youth, and what I’m sure will be a long career in community service ahead of him. He is a valuable asset and a savvy player, and when elected (next time)  he will do well.

Of course, I’m frustrated that there are no women on the ballot, but perhaps our next race will remedy that. There should be more than one woman on the council.

Get out and vote. Remind your friends and neighbors. It’s not just a right, it”s a privilege.