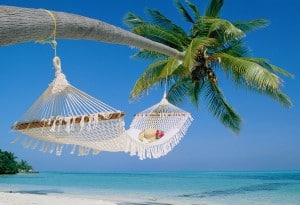 After ten years of elaborate international spring break trips, first with my sons, then, last year, with a couple of female friends, I could not figure out where to go, or who to go with this year. I’d just taken a trip to Europe with my sons at winter break, and I’ll have the good fortune to travel again to Israel for two weeks between end of school and beginning of summer school this coming June. In a prior article, I wrote not of my desire, but my actual NEED to travel. Steinbeck, in his book, “Travels with Charley in Search of America,” which is my current on-the-beach reading “assignment,” calls travel “an incurable disease.”

I finally came up with a little “stay-cation” for myself, the highlights of which included some good times with colleagues in Palm Springs on the tail end of a business trip, invaluable time with my eldest son in Northern California, and the pride of accomplishment as I traversed our state from north to south in my beloved car, not Rocinante, but my pet Beemer. The “piececito de resista” has been these few days on the beach in Playa del Carmen, which is located in the cutely-named Quintana Roo region of Yucatán, Mexico.

I’m staying in a bungalow at a property called “Petite Lafitte.” It is NOT a typical Cancún (we’re not actually IN Cancún, although we flew in there) bracelet ID wearing all-inclusive, beach resort. This place is simple, but elegant, like a black dress. What more could a person want than shaded hammocks looking out at white sand, turquoise water, palm trees with coconuts on them, delicious food, and wi-fi so strong that I can write and send in this article right from the beach? Yesterday, I was dropped off in the town for some shopping, normally a mainstay of my travels, but I just couldn’t wait to get back here to this place. There is a breeze all day and night, surrounding you like a blanket, and enveloping all of your senses. Breakfast and dinner is included, and lunch can be ordered and served to you right on the beach.

This place is named for a, perhaps THE, quintessential “Pirate of the Caribbean,” Jean Lafitte. He is a hero in New Orleans, where a national park is named for him. Captain Lafitte apparently supported America against the British and Spanish in those days, and the pirate theme of my little spot here is an homage to him. It’s been informative to read up on pirates and other subjects online, as I spend minute after minute, and hour after hour with other denizens of the hotel in a cycle of: looking out at the layers of sand, lime and azure vistas, intermittently hopping in and out of the Caribbean Sea, interspersed by eating, drinking and sleeping. Oh, and there’s Spanish music playing from the beach/poolside bar all day, much of which we call “Timba” or, Cuban salsa music, to which I dance Rueda de Casino at home.

I’m seeing lots of women at this place walking around with their iPads. They are writing, like me, checking email and Facebook, reading or doing research, as I have also been doing. There’s no TV in places like this, but, who needs TV anymore; you wouldn’t be able to watch favorite shows anyway, but you can stream whatever you want on your device of choice. I am loving every second of this, and already began to check airfare prices for other expected days off on the calendar. If you can get a non-stop flight, you can be here in about 4 hours, hop into a car, and get to this hotel; a three-or four- day weekend would suffice, unless you plan to schlep around to see the Mayan ruins and/or do myriad water sports available. The question would be, why do you have to come here if you are not actually touring the countryside? Can’t you just hop over to, say, Catalina, or somewhere closer and cheaper in Baja California for a few days? And the answer would be, yes, you can. What’s different about this place, and, I believe, entirely unique, is the calm, warm, swim able water, and powder-like sand on your feet. Also, the easy-going yet attentive service. I said to my friend that I felt like we were in California, and the waiters were speaking Spanish to us to make it seem authentic, and then I remembered, oh yeah, we actually ARE in Mexico, and THAT’S why they are speaking so much Spanish! So this place is also that much more exotic, being off in another country, spoken to In another language.

First, it was my first time driving ALONE between LA and SF. I’d been scared to do it, worried my car wouldn’t make it, fearful of falling asleep on Interstate 5. But a recent car check up revealed that I still had many more miles I could get out of my car. I also realized that I didn’t have to rush up on the 5, the 101 has more possible rest-stops and services, in case I did get into trouble. So when I didn’t have anybody willing to schlep up to SF with me, I decided to go it alone. Armed with loads of my favorite CDs, I stopped once, midway, in San Luis Obispo, for exactly one hour. I efficiently made the rounds of two bookstores, and came away with five books that I’d been wanting. I got a sandwich and a huge Peet’s coffee, and made it to SF in time for dinner with a friend.

I stayed with my son in his dorm the first and last night I was there. I came equipped with my own beddings, and comfortably slept on top of his roommate’s bed. It is a special kind of pleasure when the son you’ve brought up can host you in his own place. While in SF, we got some mom-son errands done, and I even snuck in a dance chance in Palo Alto.

Our highlight was two nights at the Brewer’s Gulch Inn in Mendocino. My travels are either fueled by going back to places I love dearly or trying out new ones, and this was a new one. I’d never made it up to Mendocino before, and it was worth it. The hotel there provided strong wi-fi and delicious breakfast and dinner, the way the hotel here in Mexico does; I guess that’s how I’ve wanted it this time. The alternative to being on the beach was a so-called “great room,” with views of the surrounding flora and fauna, and, above all, the bay. My son and I were able to sit and catch up on lots of reading and writing, which is, I guess, what the doctor has ordered.

Finally, I had me a John Steinbeck trip. From passing through “Steinbeck Country,” as I always tell my students, between San Luis Obispo and San Francisco, we arrived in Mendocino to find that the famous movie, “East of Eden” was filmed on location there, instead of in Salinas. Hollywood moguls felt 1950’s Mendocino looked more like Salinas of the 1930’s than Salinas itself did, I decided there that I would make the stop at the National Steinbeck Center in Salinas on my way home, I never get to do this kind of thing when I’m traveling with others, and it was well worth the trip! The museum is a teacher’s delight of language arts immersion in all aspects of Steinbeck’s life and literature, infused with all aspects of the arts as well. It was a breathing testament to my eight domains of “arts in language arts,” which are: reading, writing, listening, speaking and music, dance, visual arts, theatre arts. The museum embodied everything I talk about, and stand for, as a teacher. Between Salinas and Los Angeles, I stopped for Friday night shabbat services in Santa Barbara. The whole trip, from end, where I started this essay, it’s beginning back in Palm Springs was entirely satisfying to all of my senses and sensibilities.

My son says I’m always too busy comparing places to somewhere I’ve already been. He got bothered when I said parts of London reminded me of Tokyo, that Barcelona’s little shopping streets reminded me of Venice, and when I said the wonderful breakfast place, “Sweet Maple,” that we found in downtown San Francisco was “just like” our beloved Benedict’s in Tel Aviv. So I’ll please him by saying that I found both Mendocino and Playa del Carmen to be unique, The word “Mendocino” itself, is an adjective meaning natural, green, lush, woody. Similarly, now I know that the Mexican Caribbean coast is synonymous with silken sand, warm clear turquoise water, palm trees like you see in the movies, and soft enveloping breezes.

Before I left on these trips, a friend told me, “Remember, vacation is not a place, but a state of mind.” She was right. I plan to recreate the ability I’ve had these two weeks to sit for hours, listening (to music, breezes, squawking animals), reading and writing when I’m back at home in Culver City, too. After all, Southern California IS as much of a tourist destination for others, as their towns are for us.