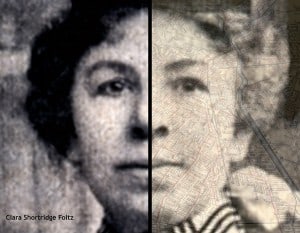 I spent a few days last week in downtown LA at the Clara Shortridge Foltz Criminal Courthouse doing my civic duty – jury duty. Just speak the words “jury duty” to anyone and people tend to react as if you’ve said “DMV” or “outpatient surgery.” I found it to be an eye opening experience that made me grateful for citizenship and impressed anew with the people who have made it what it is.

While I do admit I tried to get an excuse for financial hardship, it seems being self employed does not qualify in this category. I really do enjoy doing my civic duty (you know I never miss an election) so I just had to reschedule a whole bunch of appointments. Annoying, yes, hardship, no.

Being really civic minded, I took the train. It did take me more than one trip to get it all figured out (Expo to the end of the line, then Red or Purple over to the civic center, across Grand Park to the courthouse) but it was on the train that I noticed how civilized our population is.

People were unfailingly kind. Doors were held, space was made, questions were answered, not just for me, but for everyone. I was really moved by a Metro worker, an older man who was doing some sort of station to station maintenance, who was so patient with a young man obviously suffering from schizophrenia. He could have snubbed the conversation, or just ignored him, but he did not. He listened, he commented, and when the young man got off, he waved.

It was not just the people on the trains who were such good citizens; the people in the park who were happy to offer a slice of bench in the shade during lunch hour, the jurors who chatted in the elevators and shared cough drops and gum during the long hours of waiting, the folks who started conversations just waiting at the crosswalk for the light to change.

Surrounded by all this pleasant civilization, the days spent on the jury panel took the notion of civic duty up to civic education.

It was my extreme good fortune to be in the courtroom of the more than honorable Craig Veale. This judge took such care in asking the potential jurors about their understanding of legal concepts such as “innocent until proven guilty” and “beyond a reasonable doubt” that I could almost see the light bulb going on over someone’s head. Never condescending, he offered the legal background of how to be a juror with a gentle dignity that momentarily  ennobled everyone. Those who had arrived just wondering how long all this was going to take shifted into people genuinely interested and committed to the process.

In the end, my services were not needed, so I did not get to deliberate or pass a verdict. But I was reminded of what it means to have a trial by jury, and the hundreds of other privileges we all enjoy as citizens.

As the exclamation point at the end of all that, the courthouse had an exhibit in the lobby highlighting the life of Clara Shortridge Foltz. I discovered that she was the first female lawyer on the West coast, a tireless supporter of women’s right to vote, and the originator of the idea of the public defender. She also raised five children as a single mother after her husband left, and wrote a monthly column for a magazine she founded, after founding a daily newspaper. The photo of her face that appears on two windows in the front of the courthouse is shown above. If California had a currency, she ought to be on the five dollar bill.

Civic duty can be giving up a seat on the train for someone who needs it, or making certain that people understand their rights and responsibilities, or crafting a new way for justice to be served.  What’s yours?