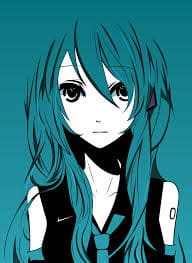 “Self-Actualization” is a concept defined by Abraham Maslow which states that people are at their happiest, and most creative, when they achieve their potential. In our middle school grading program, we can select various pre-selected comments to put on a student’s report card. One of them is “not working to potential.” I’ve used this from time to time, when I have a student who I know to be capable of success, according to prior test scores and other empirical information we possess about a student, yet, they are not using their gifts toward the traditional definition of academic success, meaning, earning a B or above on a report card. In the business world, we might speak of success as the attainment of positions of leadership in organizations, which are often accompanied by financial rewards. For entrepreneurs, this translates to money as well. In your personal life, it can mean owning a house, having a family, or, just being able to pay your bills comfortably every month.

I’ve had the opportunity to witness student self-actualization, student leadership and what I’d call student success in its highest form, at our very own Culver City Middle School. I’ve spoken of what we’re doing in some of my prior articles for this publication, but, a month after our so-called “AEIOU” program has begun, an update is in order.

While many schools long ago gave up the concept of a 20 minute “silent sustained reading” session in favor of double English or Math periods, our school took an entirely unique approach to the educational day. We decided to give students two hours a week to pursue “real-life” interests and/or activities that would benefit the school and the world around them.

During this slice of time in the day, we have collaborated as a school, and created a comprehensive program tailor-made to each student. We are working toward eradicating bullying, providing a cornucopia of interventions for struggling students, managing advisory programs like affinity book clubs, anime-manga appreciation circles, planning of school-wide activities, running a student court and various recycling programs. We have enrichment programs, where student leaders have created a production company, a publishing company, two entrepreneurial small businesses, a law firm, and a media organization, to name a few. And some of our students have even chosen to use the time to sit quietly, and read books or magazines.

I want to use this forum to record some beautiful things I’ve seen and heard.

“GATE PERFORMANCES” continues in it’s third year since inception. A week after the program started, auditions began in the school gym. We counted somewhere in the range of 170 students. That’s more than 10% of our student body.

At the first audition, the 7th grade producer-choreographer stepped forward and, within the twenty-five (out of 30) minutes left to the period, taught a dance routine to the rest of the students gathered. They left the room at the bell, having learned the dance.

Two weeks later, I was present for the talk given to the group. The producers stressed how hard their decision was to choose, how much time they’d spent on the difficult decision, and how much they respected and appreciated everyone’s talent. Students who were picked, were reminded not to lord their achievement over others who had not been chosen to be in the show.

Students who will not be part of the cast or crew for the main show next year have now been gathered, and offered an opportunity to take leadership to create something on their own. I told them I wanted to create a dance troupe, and a sales and marketing department for our shows. They divided themselves into what we are calling the CCMS Dance Troupe, and the other group wanted to be called “The Money Makers.” Both groups immediately understood their missions. As people came forward as leaders, one child said, “Shouldn’t we take a vote for who is in charge?” Another student said to her, “No, we want everyone to have a chance to be involved.” By the end of the thirty minute period, I was just sitting back and watching.

In it’s second year now, Student Court is ready for business, but in an inevitable holding pattern, waiting for “cases” of misbehavior referrals from teachers, counselors or administrators. In the meantime, they practice organizational aspects like room set up, and they’ve begun to practice timed arguments. I overheard one student say, “It’s better to have a court without cases, than a case without court.”

One student came to me asking to switch out. He told me, “I signed up for fantasy genre, but it seems a mix of all kinds of genres, and we can’t figure out what to read. I suggested that he try to step forward as a leader before looking to switch out. He came back later in the week with an ear-to-ear grin. He had spoken to the class. They decided to introduce themselves, and their reading preferences, to each other. They had a discussion and were in the process of deciding whether to agree on one book for the class, or to form smaller groups. He reported that the experience “felt great.”

“Anime” is an abbreviation of the Japanese word for “animation,” and “Manga” denotes “Japanese style comic books.” After haiku and sushi, this is one of Japan’s greatest contributions to world culture, and our students love it.( See picture of Hatsune Miko, above)  It’s been perhaps the biggest cause cited for drawing students of all ages to study Japanese language in recent years. Students had been clamoring for an elective, even an after school class, but, one thing or another hadn’t worked out. We put it on the menu for our new Advisory-Enrichment program this year, and over 80 students signed up!

Two teachers stepped forward to supervise four classes: two on Tuesdays-Thursdays and two on Wednesday-Fridays. Students have varied interests, however. Some want to draw, some want to learn how to draw, some want to read manga, and some want to watch anime films. I encouraged a particular student to create a survey. She managed to survey all four classes in two days. While she was at it, she asked for (and has received) donations of films, books and art materials for the classes.

A word about a teacher’s role in all this: we are facilitators. We are in a support role, working for the students. We take roll, sometimes offer ideas or re-direction, edit copy, make copies, sign off on official documents when required, write passes, occasionally approve transfer requests in or out, which are in turn processed by our magnificent counseling department, who work cheek-and-jowl with us and were instrumental, no, essential, in setting up this whole program.

So, in the end, it is not just student self-actualization that we are seeing or experiencing. All of us involved, in fact, are experiencing the self-actualization of joy, ah ha moments, and breathlessness in the presence of greatness. As I’ve mentioned in another of my articles, I’ve managed to (so far, and more than last time I wrote) lose over 15 pounds since June. I feel so productive, energized, and engaged in my job, and in life in general, that I’m not actually having to “watch my weight” in order to do it.

And I’m sure my potential, and that of our students or my colleagues has not even been “reached” yet. We’re simply all traveling together on an amazing journey.