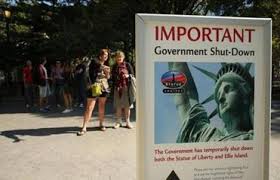 The Federal shutdown in combination with ongoing sequestration cuts has harmed the long-term funding and sustainability of many programs and agencies, according to the Community Health Council; Fortunately, the implementation of the Affordable Care Act has continued thanks to the Health Insurance Reform Implementation Fund that set aside $1 million for CMS, HHS, and the IRS as well as $454 million from the Prevention and Public Health Fund. But among the programs impacted are:

► Health Resources and Services Administration has not been able to administer the 340B federal drug discount program due to furloughs, which may mean some providers will overpay because of a lack of 340B audits and drug pricing adjustments. The quarterly registration period for providers and pharmacies that was due to begin October 1st is also delayed.
► Centers for Disease Control and Prevention will continue to provide “minimal” support to public health initiatives such as outbreak investigations and processing lab samples. However, the CDC will be unable to continue support for state and local health programs or flu shot outreach.
► National Institutes of Health has halted most funding for biomedical and clinical research. Academic medical centers have seen a $1 billion reduction in NIH funding and $1.5 billion in Medicare funding (due to sequestration), which harms both hospital reimbursement and practice plan management.
► Veterans Affairs expects to see an increase in the backlog of veteran’s disability claims.
► Women, Infants, and Children (WIC) will soon run out of $125 million in contingency funding from the USDA and will not be able to continue providing benefits to families struggling with food insecurity. Fifty-three percent of infants born in the US rely on WIC benefits. California’s funding for the state’s WIC programs will continue until the end of November without interruptions.
► Supplemental Nutrition Assistance Program (SNAP) provides food stamps to people who are low-income. SNAP is fully funded only through October; however, about $2 billion in contingency funding will be available and could be used to support State Administrative activities essential to continue the program and issue and process benefits. In California, 1.9 million households receive SNAP benefits.
► Federal School Lunch Programs that are funded through the federal government could see a delay in payment if the shutdown continues in November. On average, approximately 4.5 million breakfasts and lunches are served in California schools daily. California can only provide uninterrupted federal school lunches through October.

If you have not called, written or emailed your reps, today is the day to do so.