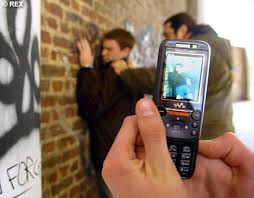 According to my mentor, Izzy Kalman, New York school psychologist and founder of “Bullies to Buddies”, ~
The bully wants:
• Power
• Popularity
• Respect
• The fun of making you go crazy!

*Notice, the one thing the victim wants that the bully doesn’t, is REVENGE!
This is why the most dangerous bully is one who has been a victim because he wants revenge. Look at school shootings. Usually the shooter thinks he’s a “victim”. The truth is, we all think we’re a victim. In any conflict, don’t you feel like the innocent victim and the other person is the bully? Turn the table and you’ll find out your bully thinks he/she is the innocent victim and you’re the bully!
Isn’t this what happens in most, if not all, marriage conflicts?

Thanks to psychologist & bully expert, Izzy Kalman, I have learned to teach kids how to think & respond differently so they can stop being teased and bullied.
I recently worked with a middle school boy who was being teased and bulled in middle school. He was having nightmares, his grades were going down, and he didn’t want to walk home from school. After only 5 sessions with me, doing lots of role playing of situations he was encountering, he was able to turn it around.
His teachers were amazed to see him laughing with his former bullies on the playground. They had moved from bullies to buddies.

In addition, his school performance went up, his nightmares went away, and he was no longer afraid to walk home from school. Before he graduated from middle school last June, his mother asked him if he wished she had moved him to a different school. He replied, “No, I made lots of friends there.” Amazing! This kid went from feeling lonely, mad and afraid of his bullies, to actually making friends with them.

If you’d like to learn more about the “Bullies to Buddies” approach, please contact me. I offer private sessions as well as workshops for schools & organizations.

I will be leading a parent workshop on “Kids, Technology, and CyberBullying”, Wed.,October 16th, 6:30 to 8:00pm. Contact me for more details.