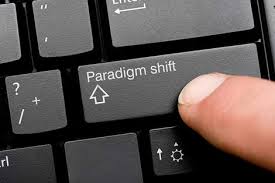 For the past five years or so, I’ve been comparing what my mom had been doing when she was my age. She died about a month after her 55th birthday, hence this preoccupation. This vantage point has given me clarity, and caused me to pursue my interests and beliefs with intensity. Everything has purpose: from a household that supports and nurtures my sons, to traveling near and far, to gain new experiences. I dance – in the words of one of my dance friends – to survive. It provides me with exercise, a social outlet, and it immerses me in arts and culture.

Back in June of this year, many of us here in town walked or ran a charity 5K. The photo taken of me that day turned out to be a qualifier; after the walk, I continued to walk, straight into the Weight Watchers store! Checking myself in again that day ended up changing my lifestyle. Our “The Skinny” writer, the inspirational Amy Brunell deserves credit for sure, but don’t tell: I am not following traditional program guidelines right now! Still, in the months since June, I’ve lost 11 painless pounds. “Painless,” because something clicked and I experienced a paradigm shift. I finally learned how to feel hunger (or lack thereof). I began to eat less, yet be more active.

This is obviously not as easy as eating less and exercising more, however. It’s not even about food, or about eating or exercising at all. It is more about finally setting out on the journey of striving for success.

Just before Back-to-School Night this September, I wrote four things on my white board, to remind myself to bring them up during my presentation to parents. I believe that these steps, if followed in order, will lead to success in anything from weight loss to academics. They are: structure, confidence, creativity, and what I call, “125%.”

“Structure” relates to organization, or form. I am a stickler in the classroom about procedures, and, in “real life,” this is where following laws, from dietary to civil, comes into play to create and maintain a basis for action. If you start by organizing yoruself, clearing your space, knowing where things are, knowing right from wrong, and, most importantly, setting priorities, you can be confident to move forward onto next steps. At the school level, we often start with a syllabus, which tells students what they need in order to be prepared for class. We then establish procedures for entering the room, homework collection, and grading. From the ten commandments, to the Confucian analects, to the United States Constitution, to the “norms” that we are now fond of setting up for teamwork, to building a house, we humans need to start with establishing structure. As Albert Einstein said, “you first have to learn the rules of the game, and then play them better than anyone else.”

Everyone might agree with my first “precept,” but here’s something different: the second element a person needs for success is confidence. I often see people falter in their decision-making. They question themselves, they feel they need more time, that they are not worthy of taking a particular step. a decision. They sometimes end up putting things off…indefinitely. But there is a timing to decision-making. From something as frivolous as deciding to take a trip somewhere; time passes, and the variables change. I recently heard a quote about how baseball is a great sport for learning how to fail. You have lots of individual opportunities up at bat, but most of them do not result in bases loaded home runs, so you take losses in your stride, and you keep going. Nike’s “Just Do It” really says it all. I have some weird sets of rules designed to make students comfortable with making mistakes and stamping out perfectionism. They include: working only in pen, being willing to cross out mistakes (no “White Out” allowed) and keep writing, no crushing or tearing up papers, no “seconds” on handouts when/if they “mess up,” to name a few.

Structure and confidence, in other words, knowing what the rules are, and being willing to make mistakes, gives you the latitude to break them. It’s kind of like poetry. If you learn the relatively strict structure of a sonnet, and you are willing to try to write one, and make mistakes while you’re at it, you could end up creating a beautiful, free verse, poem. When visiting modern art galleries, i’ve often felt like i could have splattered paint all over a canvas, like Jackson Pollack. It looks like a two-year-old can do that artwork, but, a two year old doesn’t have the knowledge of what art was before Jackson Pollack and his contemporaries came along, and you or I might have been able to do what he did, but, we didn’t. Having confidence, or, as is said in Yiddish, chutzpah, is what leads to creativity. And creativity can be defined as the transformation of traditional ideas, patterns, rules or relationships into new and meaningful forms, interpretations and methods.

Finally, what I usually refer to as “125%” is the essence of going over the top. It is what is required to pursue creative ideas into acceptance. At the Los Angeles Music Center this past summer, we learned how Stravinsky’s “Rite of Spring” created a stir in the arts community of the time, and how it broke the rules of music, dance and theatre.

I was brought up on my father’s favorite quote by Oscar Wilde, “Moderation is a fatal thing; nothing succeeds like excess.” These days, the kids’ slang term calls you “extra,” which is meant to be a criticism, but I take it as a compliment. Obsession for good things is positive, not negative, as the connotation may sound. For example, I was obsessed with Japanese culture from the age of ten, that’s why I’m fluent now. You must have passion for what you do, the energy to pursue it, and the enthusiasm to share it with others. You must commit.

Dance illustrates this beautifully. One dance instructor tells us, “put a foot forward,” and “commit” with that foot. Another dance teacher tells women to hold their arms “like a Barbie doll.” Dancers extend their extremities to the extreme, and hold their bodies taut. Fingers are straight and extended, toes are pointed. You can actually feel 125%. When you dance at 125%, you are communicating devotion, and your energy is felt by your partner(s) or any audience you may have.

Unlike my mother, I do hope to still be alive at 55. Like both my mother and father, however, who pursued their lives with zeal and zest, and taught me to do the same, our “ki” (気) in Japanese, or the more familiar Chinese “chi” or “qi” also known as “the force” in Star Wars, lives on.