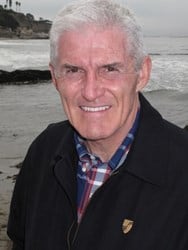 A $1 million gift from a real estate executive Jack Jones will be used to establish a Boys and Girls Club in the Mar Vista Gardens apartment complex in Culver City, according to City News Service.

We are very grateful for Jack’s support of this important endeavor,” said Boys & Girls Clubs of Santa Monica President and CEO Aaron Young. “Jack’s commitment of giving back to the Los Angeles community in this way is truly inspiring. The Mar Vista Gardens project would not be possible without Jack’s vision and dedication.”

“I believe the Mar Vista Gardens Boys & Girls Clubs site represents a safe, secure and positive learning environment for starting and keeping youngsters on the right path,” said Jones. “All children deserve an opportunity to reach their full potential and modest beginnings need not limit opportunities for success. Our community’s future strength lies in the minds and actions of children – they are our future.”

The Club’s newest branch – The Jack and Cindy Jones Youth Center – is located at 4901 Marionwood Drive in Mar Vista Gardens. Working with the Housing Authority of the City of Los Angeles, the facility will undergo a major refurbishment over the next few months and becomes the newest addition to the Santa Monica Boys & Girls Clubs’ community branches. The Youth Center will provide a range of recreational and educational resources for youth to enjoy that help youth achieve outcomes of academic success, good character & citizenship, and healthy lifestyles. A few years ago, when Jones learned about the Boys & Girls Clubs from his friend Cal Johnston, he knew his dream was to eventually open a club in Inglewood. After a couple of false starts, the opportunity did not materialize; but a new door opened in 2009 when he met Aaron Young, president of the Boys & Girls Clubs of Santa Monica. They established a great relationship and Jones has since served on the Club’s board of directors.

Last year, amidst City and County budget cuts, the stars aligned enabling Jones’s dream to come true with the chance to open a new Boys & Girls Club in Mar Vista Gardens. Rather than closing down the existing Community Center, the Housing Authority of Los Angeles solicited bids from non-profits to operate the facility for the benefit of the community. When the Boys & Girls Clubs of Santa Monica was selected, it created the perfect opportunity for Jones to fund the new club.

Work on the new Jack and Cindy Jones Youth Center is scheduled to begin in the next few months, according to the Boys and Girls Club of Santa Monica.

The project is a joint effort of the Boys and Girls Club and the Los Angeles housing authority.

Jack Jones has been in the real estate business since the 1970s and has served on Santa Monica’s Boys and Girls Club board of directors since 2009.