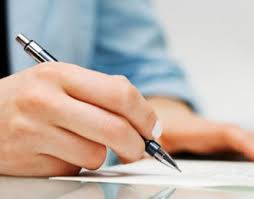 Parents of United Parents of Culver City (UPCC), the year old parent union which promotes an educational culture that places the interests of students before those of adults, will hand deliver a petition containing over 514 signatures, urging the school board to give the voters the right to vote on a school facilities bond this November 2013. The petition will be delivered to the Culver City Unified School District (CCUSD) office and was emailed to all 5 of the School Board members and to Superintendent Dave LaRose.

“By delivering the petition to the school board, UPCC is showing that there is a large group of people who believe that our students deserve classrooms and buildings that are not falling apart. They support a facilities bond which would provide needed funds to make these necessary improvements.” says UPCC president Jeannine Wisnosky Stehlin.

In addition to the online petition, UPCC has organized a “Let the voters decide bond committee” of Culver City community leaders who urged the school board to put the bond in the hands of the Culver City people.
Background: Early this year, the School Board began the process of investigating what the facility needs of the schools are, and whether or not there was a good chance the public would support a bond measure on the November ballot. The process included a “Needs Assessment” which was conducted by Balfour Beatty. With input from District staff, site administrators, teachers, and parents, the comprehensive, line item study stated that CCUSD facilities are in “dire need of repair and modernization.” It was estimated that approximately $165 million would be needed to address all the concerns listed.

In addition, all five members of the school board authorized and hired consultants who, among other things lead a workshop which helped define and prioritize which facilities needs were most important. From this workshop, a telephone survey was conducted. The scientific survey with 95% accuracy rate revealed that 67% of those surveyed said that they would support a facilities bond measure. The consultants advised that it is likely that the bond measure would pass.

However, in a surprise prepared statement, board member Karlo Silbiger blocked the process by stating that he did not know enough about the bond. Board members Patricia Siever and Nancy Goldberg followed his lead. Board president Kathy Paspalis and board member Laura Chardiet, parents who both have students who attend CCUSD supported the bond.

The Culver City School Board had until July 30th to vote on and authorize the bond measure for the November 2013 election.