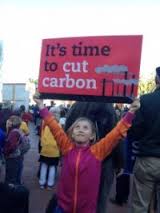 The bad fracking bill AB 7 is dead. The California League of Conservation Voters WON the fight to stop legislation that would have let Big Oil continue to call the shots on fracking in California.

There’s no question about who to thank: this is your victory. Thank you for believing in the power of our grassroots movement. As thousands of Californians joined us in opposition to AB 7, legislators were overwhelmed by voter pressure. Key players were stunned by the intensity of our concerns and sheer passion of our voices.

And together, we changed their minds.

We broke through and moved the debate, but it didn’t happen overnight. With help from our allies, staff at the California League of Conservation Voters flagged serious flaws in AB 7 long before it reached the Assembly floor. When it became clear that our efforts to challenge AB 7 needed reinforcements, I reached out to you – and you were there.

Thousands of Californians like you joined in, and we all fought together. Floods of emails, letters, and phone calls poured into the Capitol. Legislators contacted members of our staff – some were amazed, others worried. Then calls came from allies, and some were thrilled while others urged caution.

Victory over the oil and gas industry doesn’t come often and never comes easy. After several waves of our massive opposition campaign, AB 7 was severely weakened. It arrived on the Assembly floor and found little support; it staggered in and out of committees. To their credit, the bill’s backers finally reached out to the environmental community (including CLCV) and made genuine attempts to address our concerns with hopes of winning back the support of lawmakers who had come over to our side.

But AB 7 was too deeply flawed, and it was too deeply wounded to recover from our campaign’s impact. Today, we can confidently say that the bad fracking bill is all tapped out.

Thank you for giving it your all on this one. It’s a win. Congratulations, and keep up the fight.