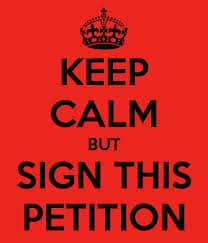 United Parents of Culver City (UPCC)– the parent union founded to promote a school board culture that places the interests of students first — urges Culver City residents & CCUSD parents to sign our petition to the school board: We deserve the opportunity to vote for a facilities bond measure in November 2013 elections. Go to unitedparentsculvercity.com to sign the petition.

With a deadline rapidly approaching, the school board must meet one more time to vote on sending a 70 word Bond resolution to the County elections office before August 9. If school board members refuse to attend another school board meeting, parents and residents will be denied the chance to share their opinions on how vital a school bond is for our schools. Failing to place the bond on the November ballot denies voters the chance to exercise their right.

Culver City School Board: We support giving the voters the right to vote on a school facilities bond this November 2013

1. OUR SCHOOLS DESPERATELY NEED THIS: Our great schools are in a desperate and even dangerous state of disrepair and neglect. Over $165 million of critical repairs have been investigated, catalogued and presented to the school board and the public.

1. THIS IS AN INEXPENSIVE & SMART BOND: This bond will cost the average homeowning voter $6 per month. This small amount, however, will leverage up to $70 million to repair & modernize our schools. Any delays risk an increase in current historic low-interest rates which could cost the taxpayers millions in higher repayments.

1. BONDS ARE THE BEST MECHANISM: The best way a school district like ours can leverage enough money to make 40% of the most urgent repairs & upgrades is through a bond. This is the way that almost all school districts in our situation have always done it in California because of Prop 13 restrictions.

1. VOTERS OVERWHELMINGLY SUPPORT IT: Two-thirds of the voters most likely to vote in November have said they would support a $70 million bond, including over 60% of seniors. Only one-quarter oppose it and less than 10% are undecided. Our pollster has a 95% accuracy rate over 19 years. Our bond campaign consultant team have won the bond election in 47 of the last 49 districts that have hired them. Our organizing campaign to increase parent & supporter voter turnout can’t begin until the school board puts this on the ballot. We only need 55% of voters to support it to win..

1. THE SCHOOL DISTRICT HAS WORKED ON THIS FOR A YEAR: The superintendent has been talking about the facilities needs in our district since he was hired a year ago. The school board hired a respected firm to catalog the most important problems that need to be immediately fixed. They also hired one of the most effective bond counsel, bond campaign team and bond pollster in the entire state. While some school board members have raised questions in this final hour, none of these questions merit a delay. Coupled with a comprehensive accountability & facility master plan the money from a November bond will ensure our schools never fall into a state of disrepair again.

Our schools belong to the community. The community wants this bond. They have the right to let their votes be counted. Don’t block our right to vote- put the bond on the November ballot.

Concerned citizens and parents can also join the United Parents of Culver City at our website. Your $2 per month help fuel pro-student campaigns such as this one that benefit ALL Culver City children.

The parents of United Parents of Culver City.