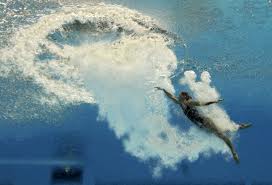 I was talking with one of my writing teachers about an attempt at humor that turned out, post publication, too angry to be funny. What was so controversial? Writing opinions begins with having opinions. You can’t please all the people all the time.The way that some people operate just punches my buttons. Hence, opinion.

Her answer was one that I had forgotten to consider. “The people who really make you nuts, the ones who annoy you totally – it is because they are you. They qualities that they display are qualities that you have and you just don’t like to admit it. Take a look in the mirror and figure out how you resemble the person that you are objecting to so strenuously, and then you will know what to say.”

Several things came to me; arrogance, intellectualism, and bullying.

I think of the writers that I have admired most who use this form – Steve Lopez, Molly Ivins, Studs Terkel, hey – Ralph Waldo Emerson. Writing your point of view is inevitably going to draw ire from some quarters. But taking a tone of arrogance dilutes the quality of perspective.

Arrogance is just self-doubt wearing full body armor. When one has a reasonable, well-considered opinion, arrogance can relax into confidence. Confidence does not need to be defensive, disdainful or rude.

What else do I see that I don’t like? Hyper-intellectualism.

I will never say a word against brainpower, although it can’t work alone. There are a dozen books on my nightstand and yes, I am reading all of them. When I was in school terms like “nerd” and ‘geek” were just shorthand for “weirdo” and I am proud to be one. So why does that bug me? When someone is only using their head- and not their heart or their gut – it lurches out of balance. While all the very well thought out arguments with footnotes and references can seem to cover everything, they don’t. It’s like being able to name every species of tree in the landscape, and still not seeing the forest.

So, being smart and somewhat insecure can lead to bullying.

Those of us who spend a lot of time observing, reading, researching, tracking data and making notes without discussing any of this with another person can get a bit far out sometimes. We might even feel that we just need to push a bit to get our (very well thought out, completely technically correct) way.

So, yes, when I notice someone being (in my opinion- this is simply an opinion, friends) arrogant, disconnectedly intellectual and absolutely out in their own sector of the universe, I can get very unreasonable.

I have to think of Richard Nixon, one of the smartest men ever to succeed and fail in politics. All his brains, (and he had lots of them or we still might not even be talking to China,) fought constantly with his arrogance. His arrogance was born out of his insecurity. As he climbed from one office to the next, he took counsel only from those who he knew would agree with him. Decades later, we are still christening our scandals with the suffix of “gate” in his memory.

Politics are vital to me, and I can’t ignore those things that I am passionate about, particularly when I feel they affect everyone. Since I put myself into the position of being the writer, the editor and the publisher, (and if that’s not arrogant, I do not know what is,)  I need to be respectful in what I present or I am the one taking a dive.

So, for the next bounce on the springboard, I’m pleased to have earned the critique and even the ire of those who commented. I do understand that the things that bug me the most bug me because they hit the button on my own weaknesses.

Whatever marks I get from the judges on a double twist, I go back to what E.M.Forster offered as the prize of writing – “Only connect.”