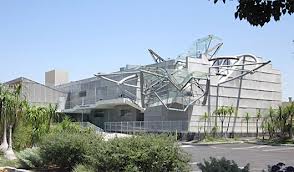 “This is a huge step forward for Entertainment Studios as we invest in the expansion of our company’s production capacity,” said Byron Allen, Founder, Chairman and CEO of Entertainment Studios. “We are now in production on 36 shows, and we are continuously producing content for our eight 24-hour HD cable television networks. Our new studio in Culver City is the perfect facility to accelerate our production output.”

According to a release, the Culver City production facility is located in the Hayden Tract.