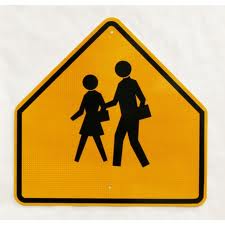 The school board meeting on March 12th started off the agenda with the American Citizenship Awards. A total of eight 2nd-12th grade students, one from each Culver City school, were praised for their tremendous efforts in the community and hard working efforts inside the classroom.

Mariko Rooks, am eighth grade Culver Middle student who was currently working on her Girl Scout silver badge, preceded the recognition with a persuasive speech of new ideas that would help expand the anti-bullying campaign. She elaborated on teen dating violence as her overall subject of impact in the community and educated the board and audience on the importance of eliminating the issue starting in middle school. According to Rooks, one out of three teens is affected by teen dating violence and only 33% of teens vocalize their encounters. Violent behaviors start to show in people 12-18 years and 72% of teens face or develop this issue in the eighth or ninth grade. The board was very pleased with her presentation and planned on introducing her to the Anti-Bullying Task Force in order to spread awareness.

Next, the Culver Middle School gifted and talented education (GATE) students informed the board of their academic excellence. Only 20 percent of students make up the GATE program and consistently score 95% or above on CST testing. In order to qualify, a student must take the placement test in March of their third grade year. During school hours, four times a week there is a 30 minute period where students are allowed to do “activities designed to promote interaction and civic responsibility.” There they can choose to use a Facebook like program called Edmodo that allows communication within the GATE group only. But just for extra safety precautions, the administration sets up each student with a username and password, is able to moderate the site and also block or add users. Recently, in order to further enhance interaction, the GATE students had 40 Ipads donated to support their further advancement with technology.

This past month Culver High was a part of the experiment the producers of the documentary film The Bully Project put together. Directed by Lee Hirsch, there was a short 55 minute clip shown every class period accompanied by the releasing of yellow balloons in the sky at lunch in remembrance of all the victims suffering from bullying nationwide. On a lighter note, the girls varsity basketball team finished second in CIF and made it to the first round against Granada Hills in state playoffs. There was also a student versus staff basketball game March 5th where the students took over the game early, the annual Multicultural assembly is on March 22nd and renovations to the peace garden are to be announced. Also, the set date for field reconstruction is to be determined after attorneys finalize the contract.

Culver Park recently had a senior meeting with teachers and parents to discuss the process in which students must complete in order to still graduate on time and student council still meets every Wednesday. Parliamentarian Laura Chardiet had also suggested summer renovations to the campus as well.