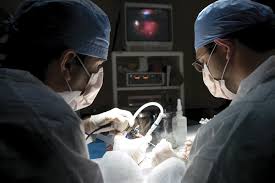 Just about everyone knows someone who has been affected by cancer, a disease that once was rarely referred to by name and frequently cloaked in euphemisms. Although considerable progress has been made regarding this disease, much remains to be done. What if you could play a vital and very personal role in altering its impact upon future generations?

In its quest to bring about a world with more birthdays, the American Cancer Society (ACS) is launching a Cancer Prevention Study known as CPS-3 in which it hopes to enroll at least 300,000 participants nationwide from various racial and ethnic backgrounds. Locally, Sonia Pinal, the Community Mission Director for the California Division of ACS, is the lead staff for this campaign for the West LA/Culver City/South Bay area. Her ambitious goal is to recruit 1,000 participants for the study.

“Earlier studies helped link tobacco and obesity to cancer,” said Pinal. “This study will help us determine how genetics, environment and lifestyle affect cancer. The enrollment for the study will take place this April and May at various locations.”
Each generation ACS schedules a Cancer Prevention Study so that it can continue to follow that generation in order for its researchers to use the information collected and apply what they learn to the next generation and save more lives. Accordingly, participants must be willing to make a long-term commitment as they will receive mailed surveys at home every few years in order to update their information, and will also receive annual study newsletters to apprise them of research results.
Participants need to be between 30 and 65 and have no personal history of cancer, with the exception of basal or squamous cell skin cancer, which would be acceptable. Those fortunate enough to qualify have a once-in-a-lifetime opportunity to help create that longed-for world with less cancer by participating in this historic research study, since studies such as this can play a valuable part in ultimately eliminating this disease as a major health problem. Whether or not you are able to participate, please spread the word to those who might be candidates for the study.

Pinal advised that those interested in learning more about what the study entails and registering for it can go online to www.cps3la.org. “From there, they can select their enrollment location, date and time,” she said. “The enrollments are taking place between April 18 and May 9. There are various enrollment dates available, with morning, afternoon and evening options.”

Pinal is also seeking people to serve as “Day of Event” volunteers. Day of Event volunteers will help out at the enrollment sites with registration, taking waist measurements, and ensuring surveys are completed correctly. “Please note that the time slots for volunteering are six hour time slots,” said Pinal. “This is because we need volunteers one hour prior to enrollment for the orientation, and up to one hour after the enrollment for tear down. Also, the enrollment times are four-hour windows, but the last appointment ends one-half hour before the enrollment end time to allow people time to complete their survey, etc. People that want to enroll in the study can be directed to www.cps3la.org, and those that want to volunteer can email me at [email protected]”

There are six CPS-3 enrollment locations on the Westside, all with free parking:

The on-site appointments are expected to last approximately 30 minutes. Although the survey data will provide a detailed picture of an individual’s lifestyle and environment, the most accurate picture of a person’s susceptibility to disease may come from what can be measured in the blood. Therefore, a small one-time sample, equivalent to what would be taken in a doctor’s office at an annual physical, will be collected at the site by phlebotomists, certified professional technicians from Quest Diagnostics, so that the levels of anything measured are not altered because of new health problems that may later develop.

According to ACS, CPS-3 is actually its fourth follow-up study. It was the Hammond-Horn study begun in 1952 that first linked smoking to lung cancer. The next study, CPS-1, identified early deaths from smoking. Those research findings led to the Surgeon General’s warning label prompting individuals to quit smoking. The third study, CPS-2, went further and identified the risk of death due to secondhand smoke. And in the mid 1990s states started implementing smoke-free legislation. ACS CAN, the ACS Cancer Action Network, a leading cancer advocacy organization, stated in its last “How do you measure up” report that 80% of the US population is protected from secondhand smoke as a result of smoke-free legislation.

ACS encourages eligible individuals throughout the country to participate in CPS-3, a study that will be a unique research resource in the US and currently the only one of its kind. That translates to the power of a single individual joining a collective force for change.

There is a quote attributed to Ralph Waldo Emerson that seems fitting in the context of this study: “It is one of the most beautiful compensations of life that no man can sincerely try to help another without helping himself.” Imagine being part of a force whose purpose is to help find answers and spare others – possibly including yourself and your loved ones – from a cancer diagnosis. That’s as good as it gets when it comes to paying it forward.