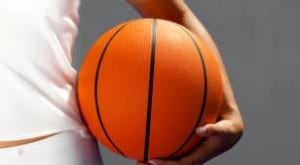 While Murrieta Valley pulled away from Culver City in the fourth quarter to win the Southern Section Division 2A girls basketball championship Friday afternoon at the Anaheim Convention Center, both teams will move on to this week’s CIF Division II state playoffs.

The second-seeded Nighthawks (26-5), who finished second behind Vista Murrieta in the Southwestern League this season, outscored Culver City 18-10 in the final eight minutes and shot 40.5% from the field on their way to the 49-37 victory.

Taylor Tanita had 12 points and five assists; and Kelsey Ueda added 14 points and 10 rebounds for the fourth-seeded Centaurs (24-6), who stunned top-seeed Orange Lutheran 42-40 in the semifinals. Culver City scored 24 second-chance points to the Nighthawks’ two but were outrebounded 44-30.

The Centaurs will host Granada Hills (22-8) at 7 p.m. on Wednesday, March 6 in the opening round of the state tournament.