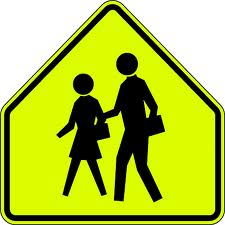 Not many people attended the second school board meeting of the month Tuesday night at the Culver City District Office. However, those who were prompt witnessed firsthand the ubiquitous presence of technological advancement and the bridging of students and their surrounding communities.

The ‘Spotlight on Education’ was a huge wow factor of the meeting. Students and teachers from Farragut Elementary received donated iPads to use in class as new, appealing and more efficient learning tools. Teachers are now able to draw on the iPads as the images are projected in real time on the white board. Also, students were introduced to a new application called “Educreations” where they are able to learn core subjects like astronomy and history at the touch of a button.

“Education is going to be very different from what it is now,” president Katherine Paspalis said.

After the short clip of students demonstrating how useful technology can be for success in school, Superintendent Dave LaRose gave the board a synopsis of his weekly report. As of now the mission of the district is to reevaluate the situations on why students aren’t learning by refocusing their attention on the community surrounding the children.

“Our goal is to change the world one child at a time,” LaRose said.

Next on the agenda was the assistant superintendent Michael Reynolds with the finance report. The district’s needs assessment addressed the “security and safety issues as well as a host of other concerns about the quality, appearance and serviceability” of enhanced security and safety, technology, district-wide HVAC, phase two of the Robert Frost Auditorium and athletic fields, Natatorium renovations, parking expansions and other facility improvements. Within the next week, solar panels will be implemented and Balfour-Beatty is finalizing plans for the athletic field set to take place in April.

Culver High’s ASB president Martin Beer filled in for Lena Kettering as student representative that night and quickly updated the board on the previous and future successes of events at CCHS. The Interclub Council, House of Representatives and Gender Based Violence Committee are all back in session and the memorial hosted by ASB in honor of Sandy Hook in January was videotaped and sent to the victims alongside many written letters of condolences. Unfortunately, winter formal, which was to be held at the Olympic Collection Banquet Hall, was canceled due to low ticket sells. On a brighter note, the girls’ winter sports were on the rise. The teams and their playoff schedules are as followed:

The next school board meeting will take place on February 26 at City Hall.