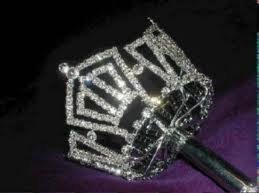 Contestants must be the “Age of Elegance” which is sixty years or better and an American citizen. Pageant judging categories: personal interview, formal attire, Philosophy of Life statement and talent. Contestant application may be obtained by contacting the Culver City Pageant Director, Marilyn Kohler at (949) 830-4187 or at email address [email protected] Application deadline is February 15, 2013.
In honoring “America’s greatest generation,” the Pageant is hosting eight regional preliminary pageants around California, with the Culver City pageant being the first stop. The top two finalists from each preliminary pageant will advance to the State Pageant in August for the title of Ms. Senior California. In addition, Ms. Senior California will go, all expenses paid, to participate in the October 2013 Ms. Senior America Pageant in Atlantic City, New Jersey.

Reigning Ms. Senior California, Elisabeth Howard from Topanga Canyon, went on to win Ms. Senior America at the 2012 Ms. Senior America Pageant. Ms. Howard is a graduate of the Juilliard School with a B.S. and M.S. in voice. She is on the vocal faculty of Pepperdine University and is the founder and director of the highly respected Vocal Power Academy in Los Angeles, established in 1980, with a network of teachers teaching the Elisabeth Howard Vocal Power Singing Method. Clients have appeared on American Idol, Star Search, TV series, film and recording, Broadway, Off-Broadway and National Tours.

All contestants are also invited to become a member of the Cameo Club and to perform in the “Silver Girls Entertainment Troupe.” Through traveling around to large and small venues alike, the goal of the Troupe is to bring joy and happiness to their audience. Since 2001, the Troupe has performed at over 50 events each year.