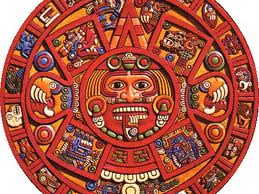 The end of the long-count Mayan calendar on December 21, 2012, has provoked apocalyptic fears, doomsday books and films, and even triggered outbreaks of panic, as recently reported the New York Times and Associated Press.

According to Digital Media,the far more positive and forward-looking Birth 2012 movement offers a creative and hopeful alternative. Rather than feed fears, the movement aims to turn this marker point into a planetary birth day for a new era that is healthy, sustainable, and peaceful. The conveners recognize the power of this once-in-five-thousand-years turning point to unify people globally around a commitment to create a world that works for all.

The Birth 2012 movement and its global live webcast will link more than 40 major locations and hundreds of smaller ones. Many of today’s top cultural leaders, bestselling authors, religious leaders, and musicians will join together in a call for a collective shift to a world that works for all. Livecast to be broadcast at Birth 2012 TV will locations include Mexico, Egypt, India, Japan, Israel, Ghana, Kenya, Scotland, Guatemala, Brazil, and Canada, plus dozens of locations in the United States.

Many of these leaders will participate in a live celebration on December 21 and 22 at Agape International Spiritual Center in Culver City, CA, the headquarters of the Birth 2012 broadcast, while others will join the celebration from other locations around the world. Millions more will connect via 12 waves of unity that will be staged every two hours leading up to the birth moment at noon Pacific on December 22.

Birth 2012 is a celebration that helps us build a critical mass of people committed to positive change. We aim to mark an historic turning point by connecting the social, spiritual, and technological breakthroughs that can lead us forward out of our current global crises, Stephen Dinan, the co-founder and architect of the Birth 2012 campaign as well as CEO of The Shift Network, which serves 225,000 members with transformational events, courses, and trainings.

Major 2012-themed events around the globe will be shared live during an unprecedented 33-hour webcast that begins December 21 at noon Pacific and continues until December 22 (9 pm Pacific).

The first major event will begin in Byron Bay, Australia, featuring Barbara Marx Hubbard in a multi-media piece called Theater of Our Birth. The program continues with a Three Days of Love pledge and media campaign inviting participants to commit to actions and words of love from December 20-22. Celebrated artist Shepard Fairey, contributed his iconic design, Peace Fingers, for the Three Days of Love campaign. On December 20, a partner initiative called A Big Project will focus on activating artistic visions for a better world with a webcast from New York.

On December 21, many of the large global events will begin, continuing through December 22, including: