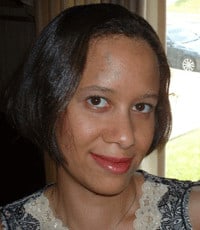 The Daily Kos is a site to check in with the best of progressive California politics, and their blogger Sylvia Moore, an officer of the Culver City Democratic Club  put up a very articulate and interesting post calling for delegates to come on board. How to sign on, and more importantly, why ….

“As a progressive activist in Los Angeles, I always encounter other progressives who are frustrated by the glacial pace of change, but are unaware of how they can become influential above and beyond voting for or giving money to a particular candidate. Years ago, I was one of those people who knew nothing about the inner workings of the Democratic Party. Today, I am 2nd Vice President of the Culver City Democratic Club, a member of the Los Angeles County Democratic Party Central Committee, and a delegate to the Democratic State Central Committee (DSCC). My membership in these organizations allows me to vote on endorsements for Democratic candidates running in local and state elections – a powerful position to have, which I will explain below.

About six years ago, I was moved to get involved in Democratic Party politics after listening to radio host Thom Hartmann, who is always urging his listeners to join their local political clubs and run for party delgate, no matter what party they belong to. At this point, I was already involved in the single-payer health care movement. I did an Internet search for “Los Angeles-area Democratic clubs,” and came up with the Culver City Democratic Club, the closest club to my home. I started going to meetings and officially joined in 2007.

In late 2007, my fellow Dem club members told me about the local caucus elections for delegates to the state Democratic Party, who would represent their Assembly districts at the state convention to be held the next year. At the time, a certain young U.S. senator from Illinois and a former first lady were the front-runners vying for the 2008 Democratic Presidential nomination. I had known there were delegates to the national conventions, but I had no idea there was a state convention with delegates as well. I then learned that the delegates going to the California Democratic Party convention only voted on matters and candidates of concern in California. The caucus meeting was packed with people, and many candidates were running, many galvanized by the historic presidential runs of Barack Obama and Hillary Clinton. Two years after observing my first delegate caucus election, I was selected as a delegate myself to the DSCC for the 2010-12 term. I attended the state conventions held in Sacramento in 2011 and in San Diego last February.

This Friday, Dec. 14, at 5PM PST is the deadline to register to become a California Democratic Party (CDP) delegate. Any registered California Democrat can run in an ADEM election, and all you have to do to register is fill out a simple form with a short statement about your candidacy. The statewide caucus elections will be held on Jan. 12-13 in each of California’s 80 Assembly districts. Each district elects six men and six women to its delegation. The state convention will be held April 12-14, 2013, in Sacramento.

Any registered California Democrat can vote in a CDP caucus election, which typically lasts two hours.  The goal is to bring as many of your friends as you can to vote for you at the caucus meeting. However, your supporters must live in your particular Assembly district. You have to make sure your supporters are in line just before the caucus in scheduled to end. Your supporters need not stay for the entire caucus meeting. The best strategy to getting elected is to form a slate and get the supporters of each person on the slate to vote for the entire slate – maximizing the number of votes. Slates are the best strategy if you live in a heavily Democratic and competitive district. If you live in a very conservative district, chances are you will win a delegate slot anyway because there are fewer Democrats. At the caucus meeting, candidates give a one-minute speech stating why they are running for delegate. Candidates aren’t required to prepare a speech, but it’s to your advantage to do so, because there may be present voters who haven’t yet committed to anyone.

The commitment to be a delegate is as much as you want to make it or as minimal as you want to make it. The least you are required to do is be present at the state convention. But, if for some reason you can’t go to the convention, you must designate a proxy – an alternate – to go in your place. Delegates not only vote on candidate endorsements, but also on endorsements for ballot measures, content to the party platform, and resolutions. Delegates also vote for the senior party leadership. If you want to do more than vote, you can get involved in the various party committees – rules, platform, finance, resolutions etc. And delegates can also join issue caucuses within the party – labor, women’s, rural, environmental, etc. All of this information is available at the CDP web site.