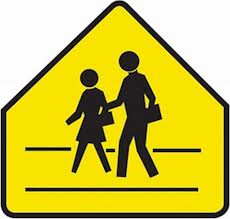 “We need to find ways to support them now,” said president of the CCUSD school board Karlo Silbiger as the power point on the wide screen revealed the astonishing budget numbers and priorities for education throughout the year. A whopping revenue of $400,000 appeared on the list mainly from solar panels being implemented into schools next year, consequently, taking a chunk out of the district’s overall deficit. All of the board members were in agreement that investments like those need to be made in order to adhere to student outcomes.

Tuesday November 27, the school board decided to conduct a special meeting. Instead of 7pm, the gathering was called to order at 6pm and adjourned around 8pm. The members sat around four interlocking tables in the middle of the board room making the environment more intimate rather than sitting opposite the crowd behind their large half moon table as usual. There were also no student representatives present. In this format it was easier to engage with everyone present.

The first topic of discussion was the explanation of why the district’s financial rate is never constant. Due to Sacramento’s role in school district budgets, Prop 13 put limits on local property taxes that hinders Culver City in receiving a portion of that rate to fund schools. But with good faith, personal or corporate taxes and DMV fees, Sacramento is able to keep their foot in the door. Now for the 2012-2013 year, CCUSD’s annual goals and objectives range from monitoring budget priorities to maintaining fiscal stability for a continuous effort to explore, strengthen and utilize all potential revenue.

The budget status report was presented mid meeting. The CCUSD community budget advisory committee met on November 14 to begin the process of providing valuable analysis and information for the Board of Education. The information will touch upon the stakeholder’s perspectives and priorities regarding the allocation of resources in meeting the district’s goals and objectives. On December 11, the first Interim Report will be presented and if the state does not agree with CCUSD morals, they have the option of rejecting the plan which will affect the financial budget. However, as the recession starts to disintegrate, a lot of the students, teachers, parents and members agreed the district needs to start spending enough money to keep schools above average and save the rest. But before any decisions were voted on, CCUSD is anticipating the arrival of the “fiscal cliff” on January 1. The cliff will occur if a compromise can’t be reached concerning federal spending. Thus, resulting in a 8.2% cut in studies and an approximate loss of $239,000 in CCUSD.

“Our challenge is we must balance our budget prior to depleting our reserves; while maintaining the highest possible level of service to our community,” said LaRose.

On the other hand, Measure EE generates $1.2 million dollars in unrestricted funds until 2015. So the board is using the compliant track to focus on the targeted, transparent and values based on investments. The key in this case is to stay at a 5% reserve, yet, it is subject to change if state money is scarce or the categorical program (restricted, prudent or specific) demand change. But if anything were to start down spiraling, Culver City has a comfy cushion to land on with 17.5 million dollars in the bank that will allow the district to survive for up to three years even if Prop 30 hadn’t passed. Now with CCUSD’s motto of “purpose, practice, people” the clarity of progress shines bright.

To counteract some of the failures this year, the district has administered a Co-plan, Co-teach program, intense training for faculty to assess ELD students meet requirements and assist long term English learners in becoming fluent through Project Stellar. Also, a new math class has been implemented at CCHS to help regular students unite with state standards and 15% of all funds are geared towards special education. Data analysis will continue to be taken through Galileo testing every quarter and Odyssey will continue to provide 21 online classes for blended learning.

Overall, LaRose wants CCUSD to “deepen current relationships to enhance student pathways,” because, “education is a collaborative effort among students, staff, family and community. Success for all, takes us all.”