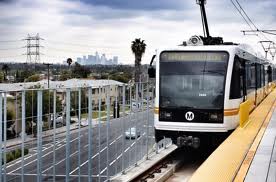 Whether or not to put the bikeway in the trench for a portion of the path is still up for debate…but we now know the legal hurdles have been removed. According to Damien Newton of LA Streetsblog, more issues around transportation are getting cleared through the courts.

Coming fresh on the heels of news that the California Supreme Court won’t halt construction while they consider an appeal filed against the Expo Line Phase II, comes news that a different Expo legal challenge has been resolved.

Last May, a group of Cheviot Hills homeowners filed suit against the portion of the Expo Bikeway last May arguing that the environmental documents prepared for the bikeway were insufficient. Word leaked earlier this week that a settlement was reached between LADOT and the litigants. While details of the settlement are not publicly available, Streetsblog has confirmed that design and construction of the bikeway through this area can proceed without further litigation.

The lawsuit only protested the portion of the bike route in the City of Los Angeles, and not the part in the City of Santa Monica or Culver City. The 3.85 miles of bikeway will run mostly along the Exposition right-of-way except for a portion on the street in Cheviot Hills. In exchange for dropping their lawsuit, LADOT will make provisions in the design to mitigate impact on the local homeowners such as extra lighting and a privacy wall.
Meanwhile, supporters of the Expo Light Rail Line also received good news this week as the California Supreme Court did not grant a stay to Neighbors for Smart Rail. This means that no matter how long the appeal takes, construction of the project can and will continue.
Proponents of the project worried that even if the lawsuit fails, that a stay could still have killed the project. One source estimated the cost of shutting down and starting back up could exceed $100 million…money the Authority doesn’t have.
While nothing is official until the final decision is released, court watchers also believe this decision bodes well for the Construction authority. An attorney familiar with the case writes, “…if NFSR had a slam dunk, and the harm was irreversible, the injunction should have issued. That said, the court may still side with NFSR, and order an amended EIR looking at a different baseline than 30 years out.”