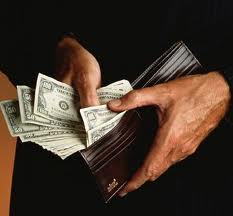 Crime Blotter for October 10th through October 15th.
Commercial Burglary:
On October 10, 2012 at 10:59 am, officers responded to the 8500 block of National Boulevard regarding a burglary investigation. The officers contacted the manager of the business who told them the following; she said her staff checks the location and discovered several units had pry marks on the doors and they were off the tracks. The manager contacted the responsible owners and they arrived and discovered their property missing.
Commercial Burglary:
On October 11, 2012 at 8:00 am, officers responded to the 5800 Green Valley Circle regarding a burglary investigation. The officers met with the reporting party who told them the following; he arrived at work at 7:45 am and discovered the alarm keypad was not working. He then checked the entire office and discovered unknown suspect(s) entered the location and removed property.
Street Robbery:
On October 12, 2012 at 5:40 pm, officers responded to the 5900 block of Centinela Avenue regarding a robbery investigation. The officers met with the victim who told them the following; he was walking when he was approached by two suspects. One of the suspects walked passed him and grabbed his wallet. The victim said he was in fear for his safety and did not confront the suspects. The suspects then fled the location.
Vandalism:
On October 12, 2012 at 7:00 am called the police department to report her business had been vandalized. The victim said she locked and secured her business on October 11, 2012 at 5:45 pm when she returned the next day she discovered unknown suspect(s) had graffiti the front window of her business. Her business is located in the 11100 block of Washington Boulevard.
Car Burglary:
On October 15, 2012 at 5:50 pm, the victim hailed an officer in the area of Jefferson Boulevard and Hetzler Road. The victim told the officer she parked and locked her Hyundai at 4:45 pm and when she returned at 5:45 pm discovered her property missing.