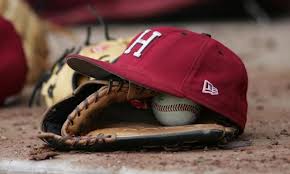 The Westchester 14U Babe Ruth All Star team has made it a habit of winning when necessary, having faced numerous “Win or go home games.” Friday night, amid the pomp and circumstances of the World Series semifinal, Westchester found itself, yet again, in an elimination game. New Jersey earned the number one seed in the National Division with a 3-1 record (the same record as Westchester) and a first round bye. A victory over the well-rested New Jersey squad would send Westchester to the World Series championship game; a loss would send the team packing for a 700 mile trip home.

Manager John Lopatto chose hard throwing left hander Matthew Kaplan to start on the mound against the boys from Jersey. Kaplan pitched well in Westchester’s loss Sunday to Florida, and earned the save by getting the final five outs in Westxhester’s elimination game victory against Utah on Wednesday.

New Jersey jumped off to an early 3 to 1 lead after three innings of play. Westchester had threatened early with the bases loaded and no outs, but was only able to score one run.

Things picked up in the top of the fourth when Kaplan and Matthew Kamfer walked, bringing
Grant Craddolph up to the plate. After the New Jersey manager visited his pitcher, Craddolph belted the first pitch 390 feet over the left field fence giving Westchester a 4-3 lead.

Westchester had an incredible run in its road to the World Series. Westchester won its local district title, going 4-0. It then won the State tournament, again going 4-0. Next, Westchester won the Pacific Southwest Region, defeating teams from the Western United States, winning five of six games. In the World Series, facing the best of the tens of thousands of Bsbe Ruth All Star teams, Westchester finished third in the country, going 3-1 in pool play, and defeating Missouri before coming up one run short against New Jersey.

Defendive specialist Cristian, Amador explained, “We had an amazing run. No one expected us to go this far, and I’m excited to be part of this team. John (manager John Lopatto) did a great job putting 15 fantastic players together, each with different skills. I can’t wait for next season when we win it all.”

Pitcher Angel de la Torre who was on the mound at the end of the game, “I’ve never played with such great teammates. This was a special team and I’m sure I will never forget this wonderful experience.”

Jason Zeidman, taking in the finality of the situation. “I can’t thank John enough for choosing me. I learned so much, made a bunch of new friends, and had a great experience.”