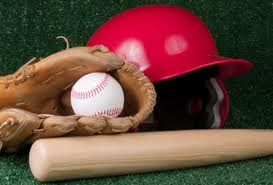 While no one from Westchester would dare say it, revenge had to be on the minds of the fifteen boys and three coaches from Southern California. A win would propel Westchester into the winners bracket and a short path to the championship game. A loss would send the team to the bowels of the loser’s bracket, and a long haul to the championship.

With that backdrop, Westchester went with it’s ace, Anthony Chavez, on the mound Tuesday against the defending champs. Westchester struck early with two runs in the first inning, only to watch Tri Valley plate one in the second, bringing the score to 2-1. Chavez baffled the big Tri Valley bats for the next four innings, and the score remained 2-1 heading into the bottom of the sixth inning in the scheduled seven inning first round game.

Westchester scored an insurance run in the bottom of the sixth on a two-out single by A.J. Inatsugu, a run that would prove to be the game winner, Chavez walked the leadoff hitter in the top of the seventh. Manager John Lopatto then went to his closer, hard-throwing, Grant Craddolph.

Craddolph immediately walked the first two batters he faced, loading the bases with no outs. Craddolph induced the next hitter to ground into a double play, with the runner on third scoring, making the score 3-2, with the tying run 90 short feet away. Craddolph then got the final out on a weak ground ball to second, saving the 3-2 victory and advancing Westchester to play the winner if the Hawaii-Arizona game.

Reached after the game, manager Lopatta praised both Tri Valley and Westchester, explaining, “They (Tri Valley) have a fantastic program and they played a great game. We had some timely hitting and Chavez was a beast tonight. Having a closer like Grant Craddolph is an incredible tool. Grant really showed his intestinal fortitude pitching out of that jam.”