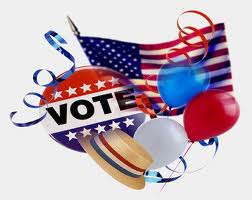 The California Democratic Party’s Executive Board met over the weekend, taking positions on ballot measures facing voters in November. According to Scott Lay at The Nooner, the tally of support (and lack thereof) will be key to how these measures are marketed to the public.

Most political commentators normally downplay the impact of party endorsements, but their impact is magnified in low-turnout elections. The parties are more likely to mail to high propensity voters and those most connected to a party are most likely to look to the party on ballot measures on which they don’t have a strong inclination one way or another.