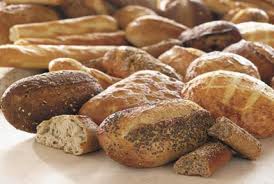 The idea that half a loaf is better than none is one of those ridiculous proverbs quoted by the haves to the have-nots, reminding them to be grateful for the pittance. It’s wrong.

Accepting half a loaf is an act of desperation, of fear, and hopelessness. It says that you agree to the terms- you will not get what you need.

While each of our council members spoke in tones of serious concern at the last council meeting about the budget crisis at city hall and the need for a sales tax, a pervasive tone crept in to one voice after another. It was fear. As they noted the figures, they considered how to ask, what to ask; there was never a question as to who they would be asking.

No matter what we have to deal with, no matter how we choose to face it, fear is not going to help. One of the most famous – and most famously successful – politicians in American history noted that “All we have to fear is fear itself.” While it’s easy to argue that it is not ALL we have to fear – but if we come from a place of fear, everything else is that much harder.

The center of the country has had a month of triple digit temperatures that have killed off not just dozens of people, but more than 80% of the crops. The fact of climate shift is going to be bringing a whole new reality to the price of groceries and gas very soon. The fear that we are in end-game is not unfounded. But do we really think people will shop elsewhere over a few cents? Will we lose by asking for another penny?

I am deeply unhappy with the decision to ask for a half a cent sales tax. A half a cent is simply not enough. Seemingly, we are too scared to ask for what we need.

While John Nachbar has made plain, on many occasions, that we have to increase revenues or the next budget will involve serious slashing of basic services, the council was not able to step up. Even though evidence provided by Jeff Muir told the council that cities with more sales tax do not see a drop in sales, the information was not digested.

Marta Zaragosa pointed out in her remarks to the council that there were “plenty of useless department managers still pulling in six-figure salaries” in the midst of all the job cutting and budget reorganization, and I agree that there is more cutting that city hall could do AT city hall. But the fourth encore of Jeff Muir’s presentation reinforced that idea that lots of things were going to have to go. Reducing the 911 dispatch or losing an engine company off the Fire Department is not really how most of us would choose to save money. So, it’s time to raise taxes.

But opting for a half a cent is just enough to keep us treading water. If we vote in favor of increasing the sales tax, we’re not losing the engine company, but we are not getting anything more than that. It will forestall the dire cuts off of services, it will keep the lights on.

Had we asked for three quarters of a cent, or – wildly decadent – an entire penny we could be restoring our reserves, replenishing the programs that we have enjoyed and even (greedy speculation) fund the developments and affordable housing that we need.

I  will vote for the sales tax – but grudgingly. Only because I love my city, and not because I am willing to come from a place of fear.

As someone who has spent a lot of time in the kitchen – happily – I can say that no one bakes a half a loaf. Some loaves are smaller than others, but they are created whole. There is enough. Don’t let fear persuade you otherwise.