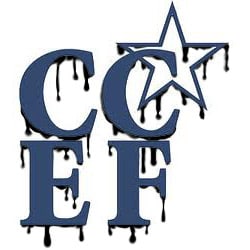 I was at a school board meeting last spring, when a representative from PXP, Culver City’s favorite oil company was there to present a $20,000 check to the Culver City Education Foundation. While the rest of the room applauded, I did not. This, I said to myself, is just not ok with me.

Several weeks later, I interviewed Leslie Adler, the very capable women in charge at the CCEF. She was not at all concerned over accepting the donation, and said that “PXP has been a donor since 2006. This is the is largest donation they have ever given, but they have been donors for years.”

I don’t really care how long they have been donating – or who originally decided that it was ok to take the money – This is just not ok with me.

I spoke with several people on the CCEF Board. Dan O’Brien, the veep, was good enough to go on record. “Donations are hard to come by, and as one a significant as PXP offered was one we felt we needed to accept. There are 300,000 jobs in the petroleum industry in California, and some of our kids may well end up working in them. I know there are objections, but CCEF is here to raise funds.”

I understand, and this is still not at all ok with me.

I spoke to a few other people on the CCEF board, and I got some very similar responses.

But the real understanding of how they felt (I have to exclude Leslie as it was a phone conversation, and therefore voice only -) was the body language. While saying it was ok to take money from PXP, they crossed their arms over the chests, some jutted their jaws forward slightly, and more than a few felt the need to rock their weight from one foot to the other. Sometimes watching the movie without the soundtrack can tell a much clearer story. Even the people who said it was ok felt the need to defend themselves in regard to that decision, and maybe, subconsciously, felt they couldn’t quite “stand” for it.

Why take the money when the city council and the school board are both officially deploring the behavior of this company? Why accept a donation from the nemesis of everything we are trying to teach our kids?

If I had it, I would ask CCEF to give the twenty grand back, and replace it. But I don’t have that kind of funding and I don’t think that giving it back is the most important thing. If mistakes have been made, we are all just human, and we make mistakes. And people who don’t make mistakes, it is said, don’t make much of anything.

Don’t take another dime. Not one more penny.

The CCEF needs to stand for Consistent Community Ethics in Fundraising. They need to stand for Clean Consciences for Everyone in Finance. Clear California for an Environmental Future. I could go on, but I know you get it.

I could put this out as a petition for people to sign, or call for a boycott, but I’m going to just let the comments roll. If you think that CCEF should not take any more money from PXP – or any other oil company – Please make a comment below. Of course, if you think their dollars are as green as anyone else’s, I’d be interested to get your rationale on that, too. But with hundreds of locals turning out to oppose fracking, I’m thinking that more people will be on my side.

At the next “Tribute to the Stars,” perhaps I’ll get to present the Culver City Crossroads Award for Continuous Creativity for the Environmental Future.