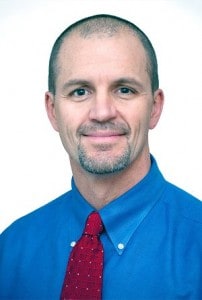 The Culver City Unified School District Board of Education has announced that it has selected David LaRose to be the new CCUSD Superintendent.

LaRose has served for the past four years as the superintendent of the South Kitsap School District in Washington State. He was recently named South Kitsap’s 2012 Man of the Year by the Chamber of Commerce, and received the Kitsap Scouting 2011 Service to Youth Award. In 2009, LaRose received the Washington State ASCD (Association for Supervision and Curriculum Development) Whole Child Award for his systemic and strategic approach to meeting the needs of all students. He is a strong advocate for the whole child and believes that in order for EVERY child to succeed, we must ensure that they are healthy, safe, engaged, supported, challenged and hopeful.

“The Board is so excited to welcome Dave to Culver City,” said School Board President Karlo Silbiger. “Our school district will be in such great hands with a leader like Dave who understands the connectivity between school, home, and community. He will really elevate our focus on what’s best for kids in all aspects of their lives.”

After his contract is officially approved at the July 10 Board of Education meeting, he will become superintendent, effective August 1. The board invites all members of the community to meet Mr. LaRose at 6 p.m. on Tuesday, July 17 at the school district headquarters, 4034 Irving Place.