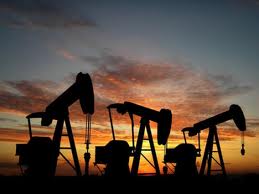 Following up on a request submitted to Governor Brown’s office on behalf of the Greater Baldwin Hills Alliance and a commitment made at the last Community Advisory Panel Meeting, the California State Department of Conservation has scheduled a workshop on June 12 to discuss fracking in the Baldwin Hills Oil Field.
According to the Department, “These workshops are to be conducted as part of a comprehensive information gathering process aimed at the development of regulations governing hydraulic fracturing… These workshops are intended as an information gathering exercise to advise the Department about specific public concerns regulations could address.”
“At the conclusion of the workshops, the Department intends use input from the workshop series and from an independent scientific study of the practice of hydraulic fracturing (occurring concurrent with the workshops) to prepare draft regulations for circulation to interested and affected parties. The Department will welcome further public comment on draft regulations as a part of the Rulemaking Process, a process that the Department hopes will start in the late Summer or early Fall, 2012.”

According to the Los Angeles Times, California lawmakers on Wednesday took preliminary steps to increase the size of the state’s oil and gas agency — with the condition that regulators draft rules for hydraulic fracturing, a controversial form of oil extraction that some say can pose a hazard to drinking water.

The lack of “fracking” regulations has been a sore point for legislators who have said that rules are long overdue for California, the fourth-largest oil-producing state and the birthplace of the modern environmental movement.

On Wednesday, the Assembly Subcommittee on Resources and Transportation approved Gov. Jerry Brown’s request for an additional 18 positions in the Division of Oil, Gas and Geothermal Resources to step up regulation of the booming oil industry and eliminate a backlog of drilling-permit applications. Lawmakers, however, also set guidelines for fracking rules, adopting budget language that gives regulators until 2014 to finalize regulations.

Mark Nechodom, director of the Department of Conservation, outlined a faster timeline, announcing that a series of public workshops on hydraulic fracturing would begin next week in Bakersfield and that draft regulations would be released this fall. (A tentative schedule is posted on the department’s website.) He also said the state would commission an independent scientific study to assess the effects of the procedure, in which operators inject chemical-laced water and sand deep into the ground to break apart rock and release trapped oil and natural gas.

The moves are part of an overall effort to bolster the resources of a regulatory agency that has been outpaced in knowledge and technology by the industry it monitors, Nechodom said.

“We have been, unfortunately, lax,” Nechodom told the committee. “We spent 25 years essentially kind of watching things go by without scrutiny that currently we understand that we really need to have, and we’re trying to catch up.”

While some lawmakers applauded the efforts, others said the actions were too little, too late.

“It’s hard for me to imagine that we have a meaningful, reliable regulatory safeguard in place for fracking for at least a year,” he said. “And yet we are plunging into expedited permit project mode on projects that involve fracking.”

Nechodom said that regulators were charged with ensuring the integrity of oil wells under existing law and that the state had no “reported evidence of fracking causing damage.”

“If we haven’t been inspecting and we don’t have an adequate set of criteria, then we don’t know yet if there’s harm,” she said. “We want to ensure that we’ve caused no harm to date, and if any harm has been caused, that we can remedy it as soon as possible, and that we don’t cause any harm in the future.”

The subcommittee approved Brown’s request for funding, 4-1. The issue is to be resolved as part of the next state budget.

If you have any comments regarding the workshops, please send them to [email protected]
Details are rapidly developing, please stay tuned over the next few weeks for updates and action alerts. For more information on this announcement, please read the LATimes article below with a link to the workshop schedule.