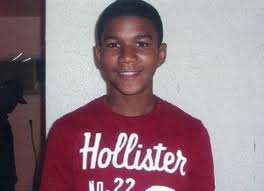 He Happened to Be Black —

Every once in a while, bit of language catches the attention of the staff here at TechHuman. Like just this week, while we were listening to the radio. The conversation turned to the history of boxing, and the commentator said, “Heavyweight Champion Jack Johnson, who happened to be black…” And we said, “Whoa. Jack Johnson happened to be black?”

Sometimes context REALLY matters. And to say that Jack Johnson “happened” to be black is like saying that Jupiter happens to be a planet. For those who haven’t already fired up Wikipedia, Jack Johnson was the first black heavyweight champion of the world, and his victory over the “Great White Hope” James. J. Jefferies, on the Fourth of July in 1910, sparked race riots across the United States. Congress acted to ban the distribution of a film of the event so that no one could watch a black man beat up a white man.

Jack Johnson was the son of African American slaves, and that fact defined his life.

Now, while saying that “Jack Johnson happened to be black” may set a pretty high bar for euphemistic hypocrisy, we here at TechHuman have a number of other nominees. Listed below with handy translations provided, these are all phrases we’ve heard used in real life in the last year.

“I’m not prejudiced, but….”
I’m about to say something jaw-droppingly bigoted.

“Some of my best friends are gay”
I once got a haircut from a guy who must have been gay because he worked in a hair salon and cut my hair.

“Throwing money at it won’t help.”
It’s woefully underfunded, but I disagree with the idea, so I want it to starve to death. Often used in educational contexts.

“Money’s not the answer.”
It’s the answer for things I care about, but I don’t care about this.

“The bottom line is…”
Here comes an unsupported opinion.

“The fact of the matter is…”
Here comes a sentence without a fact in it.

“At the end of the day…”
Yet another unsupported opinion.

“The truth of the matter is…”
And another.

This is an interactive game — feel free to add your own nominees!!