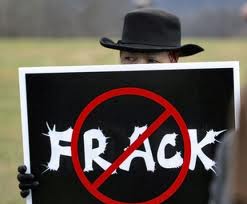 As the fourth largest producer of oil and gas in the nation, California companies, like Plains Exploration Production are turning to a controversial method of drilling called fracking. Residents are concerned that what is happening miles below the surface is splitting the very foundations of their homes.

California is the fourth largest producer of oil and gas in America. To stay competitive, many companies, like Plains Exploration and Production (PXP) in Inglewood, are using a controversial technique called Hydraulic Fracturing (a.k.a. fracking) to extract
oil and gas trapped in rock formations deep below the surface. The method involves pumping highly pressurized water, sand and various chemicals to shatter the rocks miles under, allowing the elements to then escape. Oil and gas companies claim it is
safe and effective, critics are uncertain. Under current laws, the oil companies don’t need permits nor do they disclose where they are fracking.

Tune into KCET this Friday Mar. 23 at 9 p.m. for the full report or go to www.socalconnected.org.