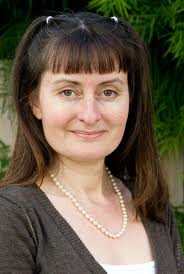 “As the City’s representative on the Board of Supervisors, I know the issues facing Culver City and its people, and I know Meghan Sahli-Wells will work tirelessly for the betterment of the City and the benefit of its people,” said Los Angeles County Supervisor Mark Ridley-Thomas.

“Her work on so many efforts — to improve services, health, the economy, the environment — demonstrate her leadership and commitment to making life better for everyone in the community,” continued Ridley-Thomas. “She will make a profoundly dedicated and effective member of the Culver City Council.”

“Meghan’s strong commitment to Culver City residents and balanced approach to leadership are why I am so proud to endorse her in the 2012 election,” stated Assemblymember Holly Mitchell, who serves California’s 47th Assembly District.

City Council Member Christopher Armenta noted, “In the years she has spoken before the Council, Meghan has shown herself to be a strong, consistent, advocate for Culver City residents. From development to environment to education to transportation, she has the knowledge and experience to lead our city toward a healthy future.”

“School Board and Council members who cooperate on community issues directly benefit their city,” observed School Board Member Nancy Goldberg. “That potential for exchange is why I support her candidacy…I cannot imagine a better advocate for Culver City residents.”

“Meghan has been a consistent and persistent community organizer. Her level of dedication to her school and neighborhood is rare,” noted School Board Member Laura Chardiet. “These qualities – among others – will allow her to bring a unique perspective to the issues that the Culver City Council will be addressing that effect our lives for years to come.”

“My platform is based on three main issues: fiscal responsibility, smart development and sustainability,” Meghan stated. “We’ve spent the last few years tightening the budget, and we don’t want to lose the services that have made Culver City such a great place to live. So what we have to do is maximize the resources that we do have.”

Meghan’s second campaign fundraiser was held this past Friday, February 24 – a night of dining and the arts featuring an Actors’ Gang performance of 1984 — a theatrical adaptation of George Orwell’s famous dystopian novel, directed by Academy Award-winning artist and Actors’ Gang founder Tim Robbins.

Sahli-Wells was awarded “Democrat of the Year” in 2010 by the L.A. County Democratic Party, and was recognized by the National Women’s Political Caucus (L.A. Westside chapter) in 2011 as one of twelve “Remarkable Women” alongside Attorney General Kamala Harris and Assembly members Holly Mitchell and Betsy Butler. Meghan was also recently elected to serve as First Vice President of the Culver City Democratic Club.