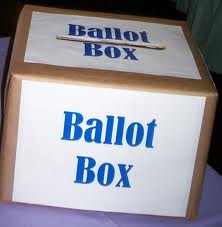 At the end of the first tally, there were 37 votes for Andy Weissman, 65 for Meghan Sahli-Wells, 56 for Jim Clarke, 18 for Scott Malsin and 5 votes for Stephen Murray. With 48 needed to endorse, only Sahli-Wells and Clarke came away with the endorsements of the Culver City Democratic Club.

The meeting of the Culver City Dem Club on Feb. 8th featured the city council candidates facing off for the club’s endorsement with only one candidate missing from the dais.  As a “Decline to State” voter, Mayor Mehaul O’Leary was not in the category of registered Democrat, and so could not participate according to the club rules.

Moderated by noted local journalist Gary Walker, the forum faced a crowded room of interested voters. The first half of the evening featured questions from Walker that directed each candidate into specific areas of interest. Asking if the candidates would support a plastic bag ban, Walker elicited thoughtful responses that were mostly detailed variations on the the word “yes.” Candidate Murray used only that word, while Weissman and Malsin were both able to reflect on the work the council had done in regard to banning plastic, and both Clarke and Sahli-Wells delved into the many other cites and entities that had already passed a ban.

During the second half, questions from the audience launched into health care, benefits, animal control and the end of redevelopment. With more than a hundred seated, but only 78 voting, the endorsements were settled.